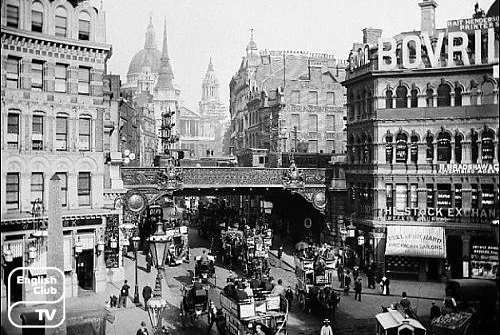 Land husbandry or tilling the soil wasn’t what people always wanted to do to make a living. Life in Victorian England changed completely after the industrial revolution. Commercial enterprises and factories took over, and suddenly people wanted to become a part of this massive industrial revolution. 1837 saw the start of Queen Victoria’s reign where Britain had already made strides as a country well worth looking at as a world power. Manufacturing jobs began to take place of agricultural jobs. 80% of Britain’s population had moved to cities by 1800.

Victorian Britain with its steam-covered cotton factories began to supply cotton to most parts of the world. Newcastle was famous for coal mining that started to expand rapidly to meet the demands. Railways began to function properly with the upsurge in their construction, which allowed to move goods quickly from one point to another. Shipbuilding started to expand and the massive steamship ‘The Great Britain’ was built then in Bristol. Partnering Brunel, Victorian England was beginning to see engineering wonders. Brunel’s Clifton Suspension Bridge stands as a testament to one of the greatest engineering wonders of our time. The Brunel Railway Bridge continues to be in use up to the present day. The industrial revolution shook the residents of Liverpool and Manchester as well, who took advantage of it and enjoyed being a part of the industrial community.

The industrial revolution also gave people an opportunity to have more leisure time. When with the establishment of the railway line from London to Brighton the way was just within a train ride, British people began to go on holidays. Seaside holidays became popular during Victorian times with Torquay and Blackpool resorts becoming the most visited places. People had time to read books by famous authors of that time including Charles Dickens, H. G Wells and Robert Lewis Stephenson. The evenings were mostly spent at the theatres appreciating the talents of Ellen Terry and Sarah Bernhard, and the great variety of acts attracted people to music halls as well.

Although the industrial revolution reached many great cities in Victorian England, farm life carried on in the countryside. Farming in Victorian times continued to play a significant role in villages. The introduction of steam power made it easier to use farm machinery. Some industries such as lace making factories were also becoming popular in communities. Craftsmen like carpenters, tanners and blacksmiths were always present in the villages. The country estates of the wealthy had to be maintained, and local villagers provided manpower during the season. Some villagers would live on the estates in cramped conditions. In their own homes villagers led simple lifestyle, cooking meals, mending clothes and giving education to their children.