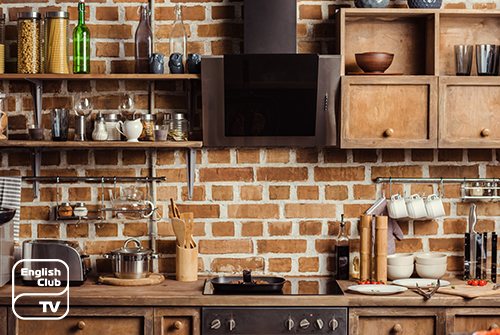 The phrase ‘Victorian kitchen’ refers to the way people cooked, prepared their kitchens, and the things they used for cooking during the era of Queen Victoria (1837-1901). Benjamin Thompson first introduced the stove for cooking purposes in 1800, three and half decades earlier to the assumption of Princess Victoria to the throne. However, people at the time rarely used Benjamin’s stove for domestic cooking purposes since it was too large.

In 1834, Oberlin Stove produced a smaller oven for household usage. At the beginning of the Victorian era, people largely purchased this unit and reportedly about one lakh of units of this stove sold. However, the Victorian kitchens did not use gas, but firewood for cooking. They began using gas only at the end of the 19th century. At that time, many used pipe borne water and pipes fixed for drainage purposes. Later they began to use gas pipes for lighting, and in 1880 the first gas cooker was produced.

Use of Modern appliances in the Victorian Kitchen

Furniture in the Victorian Kitchen

Unlike modern kitchens, the Victorian kitchen had somewhat larger tables in the middle of the kitchen, where on cooking preparation took place. Around it, separated from the walls were sets of furniture to store appliances and ingredients needed for the kitchen. The sink and the stove also took the perimeter of the kitchen. Cooks and helpers could access the table from all sides comfortably since the room had ample space. Therefore, a relatively extensive menu came out from the Victorian kitchen with the participation of a large group of cooks.

The female role in the Victorian kitchen

However, at most houses, women cooked the meals and they cleaned and prepared the meals on their own. Rarely did they hire outside workers for cooking. Normally, the wives and daughters were responsible for supplying tasty meals from the kitchen. They worked in the kitchen for about 44 hours per week to cook and do other kitchen chores. In the Victorian area, only about 25 percent of households had servants.