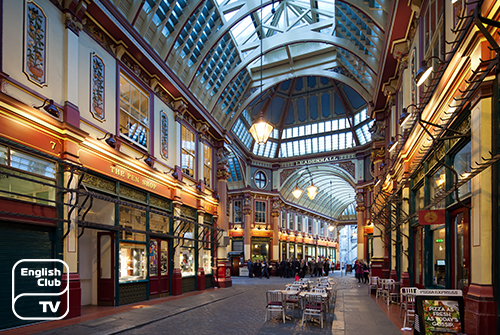 Moral acceptances of the Victorian era (1837-1901) mainly derived from the honour that the British people had towards their Queen and her husband, Victoria and Prince Albert. However, French culture and dynasty influenced the Victorian morality especially after the ascendancy of the British monarchy by the defeat of the Puritan movement (1600-1700) led by Oliver Cromwell. In this period, shallow living standards prevailed in England for a while which caught the Restoration period as well. For example, the British considered Queen Victoria’s uncle George IV a playboy type character.

The elite in the Victorian period totally controlled the British society. They enjoyed political power. However, they consisted of only 300 families. Against this backdrop, a class of social development became prominent which valued individual freedom. The middle class valued the concept of power within oneself based on ‘the American Dream,’ a concept that valued hard working people whose aim was to earn wealth by putting their talents to use in numerous fields.

Victorian morality and the Middle Class

While the middle class in the Victorian era valued self-made individualism and liberal lifestyles and ideas, the elite appreciated history, family lineage, heritage and what were needed to uplift their status and their future existence. They considered that they had the power to change the family based society. However, they favoured tradition and expected that the eldest son of a family inherits family wealth by law. They wanted and pursued to be wealthy. However, when a financial crisis threatened their old base, they allowed the middle class to have a place in their society just to receive the financial power over others.

Religion influenced Victorian morality very much. The Anglican faction controlled the religious attitude and belief of society at the time. They controlled the education system, and the House of Lords consisted of many elite Anglicans. A large part of rural villages felt the heat of Anglican religious influence and its power over them and their livelihoods. Many urban people, though, resisted the Anglicans and their views. However, the Anglican Church adamantly sought the yeomen’s obedience towards the God.

Victorian morality and the Church

But people, especially, the educated accused the Church of taking sides with the elite. They charged the Church that it does not care about the underprivileged. Eventually, religious factions such as the Presbyterians, Methodists, and the Congregation came to the fore to help out the poor and the destitute. The Presbyterian camp taught that individuals could seek salvation directly by believing in Jesus Christ. They believed in the writings of Apostles James, Peter, and Paul. However, the dissent was clearly visible among the Victorian middle class.

When compared to the Georgian era (1714-1783), the Victorian era shows major differences in social and religious views of society. The group of Victorian elite was struggling to keep their status intact amidst the developing individualism and liberalism. But the public sought more sexual, religious and political freedom. Victorian morality is evident in going against their aspirations, the Anglican Church and the elite tried their best to contain and keep at bay the growing societal dissent by somehow inciting religious fear and obedience in society towards God.