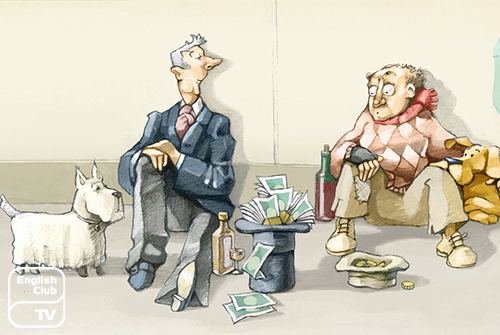 Class status mainly rules the mentality of English people. The Working classes, middle and upper classes have a significant impact on forming their mindset. The social class, take into account the economic, social, and political meaning of the phrase. When people say that they belong to the working class, they say it proudly. The English, who hail from working-class families, have their origins from families that have been for centuries worked for wages. Most of these people receive weekly wages working in agricultural or industrial fields.

The family surrounding working class people rarely are degree holders and most of them live in rented houses. They support the Labour Party and have a connection with labour unions. On the other hand, the British people who describe themselves as Middle Class have gained a good education, and they hold white collar jobs in the private or government sector. They typically receive monthly salaries and pursue higher education even though they are well-employed.

Most of Middle-Class people support the Conservative party and live in urban houses they own or rent. They always try to educate their children well and make a conscious effort in this regard. On the other hand, upper-class people come from aristocratic family backgrounds. They enjoy inherited assets from past generations. Some wealthy people own companies, estates and similar investments that free them from economic difficulties. They are also supporters of the Conservative party and live in villas or own residences.

However, class definitions when having relationships do not bear much importance in today’s British society. But the mentality that seeks people of their class affinity still prevails. Hate attitude towards different ethnicities now plays no role in the British society. They respect every ethnicity in equal terms. However, the ancient hatred towards black people still prevails in some parts of England. With mixed relationships on the increase, discrimination against blacks is not so strong as in the past.

English males are chivalrous irrespective of their ages and respect the female gender. They offer the first place to women at parties, family and social gatherings. They show their respect by opening doors to women, doffing hats and bowing to females can be seen more often in the higher British society. They also like witticism very much. Those who show ideal witticism at get-togethers become highly popular. They utter such phrases instantly but do not intend any harm to anyone by joking. Since most witticisms are sublime, foreigners will not understand them very fast. But when they realise the meaning, they can laugh very much at them.

The English do not tolerate anyone talking with their mouths full of food, and coughing at such gathering, etc. They are most helpful and always willing to give a hand to someone even on the road. They honour people who follow etiquette at social gatherings, breakfast, luncheons, and dinners. ‘Excuse me, Thank you, Sorry and so on are the norm most used in the British People’s vocabulary.