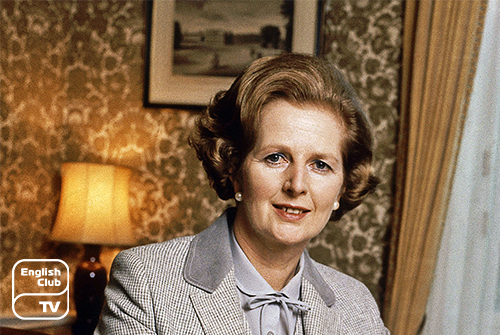 Margaret Hilda Thatcher held the post of Prime Minister of the United Kingdom from 1979 to 1990. She was also the leader of the Conservative Party from 1975 to 1990. Born on 13 October 1925, she was destined for being a great personality and led a colourful and important life to the end. She died on 8 April 2013.  Compared to the period ruled by the other prime ministers of the UK, Margaret Thatcher reigned the longest.   It was a journalist in the then Soviet Union who slated her as the United Kingdom’s Iron Lady of the 20th century because of her outstanding governance and authoritarian decisions she made during her long tenure as the Premier of the UK.

Margret Thatcher was a chemist before becoming a Barrister. Thatcher entered politics by winning the election in 1959, in Finchley and entered the British Parliament. She was appointed the Secretary of State for Education and Science of the Edward Heath’s government in 1970. In defeating Heath, Thatcher became the Opposition Leader by winning the leadership election of the Conservative Party in 1975 and became the first woman to lead a major political party in the United Kingdom.

What is more, Margaret Thatcher introduced significant and positive changes in the economy and politics when she resided at No.10 Downing Street. Some of them were instrumental in being highly effective in reversing the recession and reducing unemployment during the Winter of Discontent. She regulated the financial sector of the United Kingdom and created a labour market which was flexible enough to face the ongoing changes in the country. She also privatised State owned institutions thereby reducing the strength of the labour unions that were prevailing in the country.

However, during the Falklands war in 1982, her economic policies could not revitalise the country. But the changes she already made and the improvement in the economy she brought in, helped her to become the Prime Minister for the second time in 1983. She was elected for the third time in 1987. During this period, she introduced a poll tax which the people did not accept kindly. Also, added to this unpopularity were her comments on the European Union that very much lessened her political strength in the United Kingdom. Her cabinet in 1990 opposed Thatcher and to this regard, she was forced to resign her position of Leader of the Conservative Party and the Premiership.

During her retirement, she was felicitated with the status of Baroness in 1992. Owing to this elevated position in social status by the bestowed rank of nobility and title of honour, she was able to sit in the House of Lords during her lifetime. In 2002, her health was affected, and she suffered a series of strokes. Doctors advised her to rest and refrain from political activities. It did not stop her from delivering the eulogy to Ronald Reagan in 2004 at his funeral.

Having lived a great and eventful life, the iron lady Margaret Thatcher at the age of 87 closed her eyes forever in 2013.