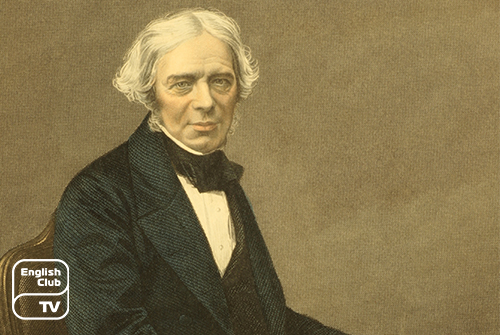 Amongst famous British Scientists, the Michael Faraday Facts from his biography points him to be the most significant of the 18th century. He is known for his contribution to discoveries in electrochemistry and electromagnetism. His biggest innovation is the invention of the electric motor. He also invented the first most basic structure of the Bunsen burner.

Michael Faraday was born to Margaret Hastwell and James Faraday on the 22nd of September 1791 in Newington Butts, South London. Faraday’s family was not very well off. Being the third child among four, Faraday could only receive a basic education. He was taken in as an errand boy at George Riebau’s, a bookseller, who later apprenticed Faraday for seven years. He spent these seven years reading science books of a great variety, thereby engaging in self-education.

In 1812 Faraday requested the post of assistant to chemist Humphry Davy, after attending four of his lectures. His letter of thanks included a three-hundred pages book containing notes he took down during the lectures. Davy initially rejected him the post but selected him to the position of chemical assistant in 1813 at the Royal Institution.

Michael accompanied Humphry Davy and his wife on a two-year tour from 1813-1815. During the journey, he suffered under classism but became exposed to many of the elites in science. In 1821, however, after publishing his scientific discoveries and being recognised as a scientist, he was appointed the acting superintendent of the Royal Institution. From that point onwards, his reputation continued to grow to that of being the outstanding chemist and physicist he is known as today.

Michael Faraday Facts show, he was given the title ‘Fullerian Professor of Chemistry’ in 1833 but later declined an offer to knighthood. He passed away on the 25th, August 1867 at the age of 75 years.

It was during his time as the assistant to Davy that Michael Faraday made his first discoveries in chemistry. While working with chlorine and the diffusion of gases, Faraday was able to liquefy certain gases. He also invented new forms of glass used by opticians today. Faraday is known for his discovery of electrolysis. His most notable discovery was that of ‘Benzene’, an element formed by bonding hydrogen and carbon. Apart from that, he identified two new compound forms of chlorine and carbon, one of which is used to produce smoke grenades whilst the other in dry cleaning. It is also believed that Michael Faraday was the first to mention ‘metallic nanoparticles’, a significant discovery of the present times. Faraday also created most of the chemical terminology we use today.

His most significant discovery in this field is the electric motor. He is the forefather of electromagnetic technology, having had discovered electromagnetic induction which led to the discovery of mutual induction. One of the four Maxwell equations was built upon Faraday’s discoveries. Michael Faraday Facts show, Faraday then invented the ‘electric dynamo’. The ‘Faraday Effect’ about polarisation, ‘diamagnetism’ and the Faraday cage and related principles are among Faraday’s best inventions and discoveries.