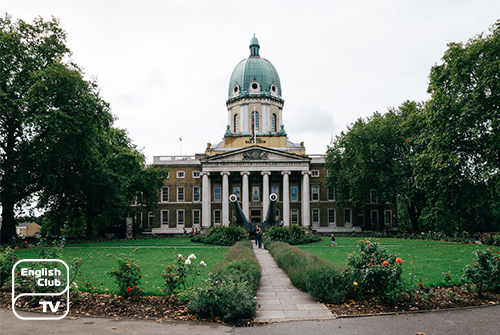 The British War Museum was established in 1917 which comprises of five branches. There are three of them located in London. Also known as Imperial War Museum (IWM) initially, it has recorded civil and military wars during World War I. But, it also holds details and remains of war efforts that the forces of Commonwealth countries carried out from 1914. Now it helps to understand about not only those wars but modern day wars as well and the experiences and chaos that people and forces underwent as a result.

The progress of the British War Museum

Even though the museum established itself in 1917, it was open to the public only in 1920. In 1924, it was shifted to South Kensington and after that to a permanent location in Southwark, the former location of where the Bethlem Royal Hospital remained. The Museum received a bulk of its exhibits during World War II in 1939 which ensued till 1945. However, from then onward, the IWM went through a neglected period until it saw the development of its Southwark building in 1960.

After its establishment, the branch in Cambridgeshire was created in 1976. Then, in 1978, HMS Belfast, a Royal Navy cruiser, was converted to one of the branches of the Museum. In 1984, it was an underground office and an established wartime command centre. A huge sum of money was spent on its development and further renovations saw its completion a couple of years later. In 2002, WM North in Trafford was opened and renamed as IWM in 2011.

The Collections of the British War Museum

The vast collections of the Museum include massive archives of both personal and official wartime-related documents. Included in the collection are also verbal recordings and an art collection. An impressive collection of aircraft and military vehicles, as well as war equipment and artefacts, found at the location of conflicts too, found important places in the museum and its branches. The modern wars in Afghanistan, Iraq, Syria and recent wars in Commonwealth countries too have provided valuable artefacts and documents to the museum.

Today, the museum has commissioned more than 30 artists to produce relevant research, articles, papers and arts related to armed forces during the wars and peace times. The government funds the museum at present. It also receives funds from numerous donors, commercial activities, and the public as well as from visitors to the museums. However, apart from the IWM North and IWM London, the public are obliged to pay a fee to view the other branches of the museum.

The British War Museum or Imperial War Museum is not an institution that only records events, documents, recordings and other items of war. It is also a place that relates the stories of people who have endeavoured in creating a better world promoting peace and harmony for decades, and it will do so in future as well thus providing invaluable archives of destruction and balance for generations to come.