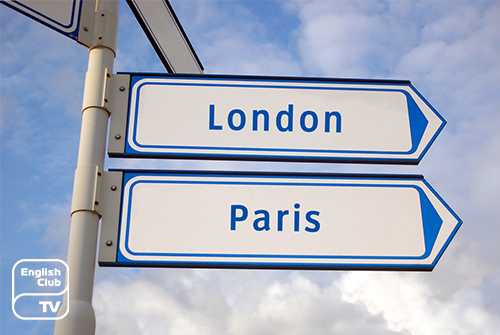 How Anglo-French Relations Influence the British

History states that England and France engaged in war in 1337 which lasted 100 years and finally brought defeat to the British. Even before the hundred-year-war, the French-Norman invaded England taking over the latter in 1066. Altogether, there were five major wars between the two countries. These wars paved the way for France to influence the British in numerous ways. Therefore, the Anglo-French relations changed and shaped the language, religions, beliefs, customs and manners of the British.

Britain declared war against France again in 1750. The war spread to Europe for seven years and 15 years in India. In 1763, the English defeated the French. After that, in 1778, the Americans received French support in winning their freedom from British rule. However, in 1789 the British helped the French royalty to crush the revolution in their country, famously known as the French Revolution.

In 1915, the British got together with other nations and defeated Emperor Napoleon of France. After that, peace prevailed over their relationships in the dawn of the 19 century. They became close allies because of World War I and II. They heroically fought against Germany’s Nazism until it was rooted out from the world.

Ireland faced the French invasion in 1798. It was in support of a rebellion in Ireland who at that time was popular among the people. However, the British supported their Irish counterparts in defeating the French invasion. This invasion led Ireland to form a union with the British which resulted in the forming of the United Kingdom in 1801.

During the Cold War period, France and England worked closely with their other allies against the Soviet Union and took the lead role in forming NATO.

Both countries used Latin in the Bronze Age. But only in the Roman period, they showed linguistic proficiency to some extent. At present, most British schools teach French as their second language. Likewise, Schools in France teaches English as their second language. By a report compiled on this issue in 2006 shows about 23 per cent of the UK, citizens could speak French. About 35 per cent of the English language words has derived from the French.

The United Kingdom and France signed two agreements on defence and security in 2010. It was called the Lancaster House Treaties 2010 signed by the French President Nicolas Sarkozy and the British Prime Minister David Cameron.

In the field of science, about 1,500 science graduates arrive annually, in the United States to study and cooperate with scientific research.

Many institutional agreements between BBSRC and Inra, NERC and Ifremer, and RCUK and ANR were signed during the recent past. President of France Francois Hollande has made six visits to the UK to date. Similarly, British Prime Minister David Cameron has visited France many times including his 2016 visit made in March. At present, both countries closely engage in sharing matters of defence, trade, policies. They are now members of the European Union even though they tend to oppose each other more often.