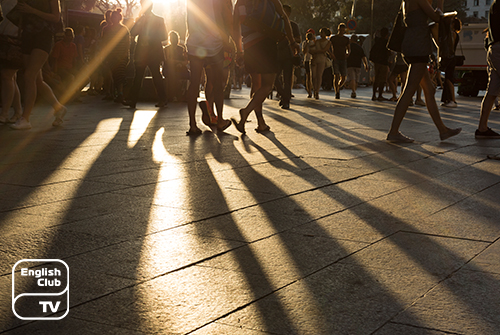 Known by many names, Neopaganism, Modern Paganism or Contemporary Paganism is, in essence, a resurgence of new religious movements deriving their core philosophies from the different pagan beliefs of ancient Europe. The concept of Neopaganism in its current context is however not firmly drawn. Academics define the phenomenon as a movement made up of different pagan religions, while some minorities prefer to define it as a single religion comprised of various denominations based on the various Pagan faiths.

Many advocates attempt to recreate or relive indigenous, pagan religions as described in historical texts and folklore. Religions such as Wiccan, Druid and Heathen all fit into the wider scope of paganism, however, differ in their core practices and teachings such as ethics, afterlife, rituals, holy days, deities and cosmology. The foremost academic in this field, Ethan Doyle White, defined Neopaganism as “a collection of modern religious, spiritual and magical traditions that in themselves inspired by pre-Judaic, pre-Islamic and pagan beliefs of Europe, North Africa and the East.

Many practitioners of Neopaganism, prefer not to be identified as mere Pagans instead choosing to be identified more specifically with their chosen religion i.e. Heathen or Druid or Wiccan. It is according to academics is due to the word “Pagan” having Christian origin as a term with a negative connotation. Other more liberal practitioners favour the term “Ethnic Religion” as this is more in keeping with today’s politically correct neutrality. Still more support words such as “Traditional”, “Indigenous” and “Nativist” religions.

Some pagan adherents see ethnicity as the core of their faith with memberships limited to those of pure ethnic descent and lineage. Others, however, have a more tolerant approach, opening up their memberships to individuals irrespective of their ethnicities and take the approach that their Gods and Goddesses call and accept any person to their worship.

Another important division in modern Neopaganism is that of Reconstructionism and eclecticism, wherein some paganists practice their particular faith with the aim of reconstructing and reviving ancient religions and traditions as closely, faithfully and accurately as possible in keeping with their pagan roots. For these practitioners’ authenticity and accuracy in dates, traditions, ceremonies and beliefs are paramount. Others take the approach that is freely blending ancient beliefs with modern approaches to people and cultures seeking to draw inspiration from their pre-Christian ancestry and meld paganism with current trends and ideas.

The foundation of modern Neopaganism is based however on a series of core principals, such as polytheism. It is the veneration of and faith in multiple gods and goddesses. Such deities can be of either gender and associated with emotions, forces of nature and culture and psychology. These gods are defined as having human form and venerated as being wise and all powerful. Another such principle is Animism and Pantheism. Here divinity is found in nature. Spirits are thought to inhabit various forms of nature, both flora and fauna and the cosmos linked as a part of a single living organism. Such views have brought about the veneration of the plant as a whole in the form of Mother Earth or Gaia so named after the ancient Greek Goddess of the Earth.