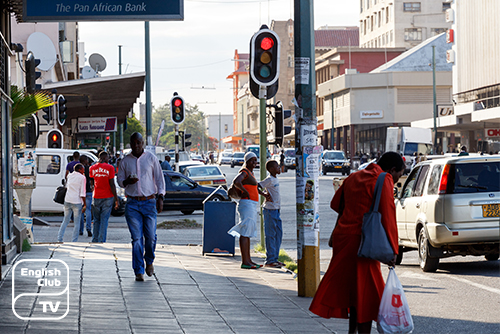 Before its end of empire, the British showed a significant interest in the region in the 18th century. During this period, the Ndebele settlers in the north of the country fled to the Zimbabwe Bulawayo area amidst the Zulu attacks. Eventually, explorers and traders from the UK entered the region, and David Livingstone was one of the pioneers. Later, with the knowledge that Zimbabwe boasted acres of lands rich in gold, many UK migrants arrived in the region.

By 1981, the British took control of the entire northern areas of the country including the area of Transvaal. Even though, the natives struggled against the Western occupation in their country, the British South Africa (BSA) company suppressed these struggles. Cecil Rhodes administered the BSA at the time. He and his company christened this region Rhodesia in 1894. However, his company’s administration over Rhodesia ended in 1922, but the white people took control of the area from the beginning.

The British formed a federation including Northern and Southern Rhodesia as well as Nyasaland. They were now called Zimbabwe, Zambia, and Malawi respectively. The alliance ceased its operation when Malawi and Zambia declared that they were free countries in the 20th century. Ian Smith, who ruled the Rhodesian part of the country, separated his part from the UK in 1965. His ruling sanctioned economy and abused people’s right.

Meanwhile, the protesting natives demanded their rights. The African People’s Union led by Joshua Nkomo came to exist and from it, was formed the Zimbabwe African National Union (Zanu), and they initiated a battle against the white power, which eventually turned to a full forced civil war in the 1970s. Later, Winston Field became Prime Minister while Ian Smith held Deputy Premiership.

In April 1964, Field issued orders to arrest Mugabe and Nkomo. They stayed in custody till 1974. Failing in persuading the government of UK to give the region independence for rule by the minority, Smith singularly published a declaration of independence on November 11, 1965. The United States imposed economic sanctions on Smith who unilaterally declared a government in 1968.

Eventually, the forces of ZAPU and ZANU fuelled a guerrilla war along the borders. At that time, Mugabe and Nkomo got together in 1976 and formed a front to free the country. Meanwhile, in need of concessions, Smith reached an agreement with the United African National Council (UANC) and promised them that he would hold an election in 1979. However, he did not include the front formed by Mugabe and Nkomo in the election. The election paved the way for Muzorewa to be the Prime Minister. The change did not resolve any problem and the guerilla war continued.

The British mediated in the issue in December 1979 and discussed the matter with the African leaders. As a result, the British received the control of Rhodesia as its colony. They provided monetary aid to purchase lands sold by the British farmers. They also set an election date in February 1980.

Since 1980, Robert Mugabe ruled Zimbabwe as its Prime Minister and under his ruling; Zimbabwe received independence in April of the same year. He leads the Zimbabwe African National Union which fought to free the country from the British colonial rule. After being in prison for over a decade, Robert Mugabe became the first Prime Minister of the post-independence era of the country. He is expected to contest the election to be held in 2018 as well.

The United Kingdom lost its control over the African continent to some extent with the Zimbabwean independence. Even though they expected that by granting freedom they would be able to have some control of the region, it proved otherwise and the end of empire. But in providing education, the British still holds some power in the area.