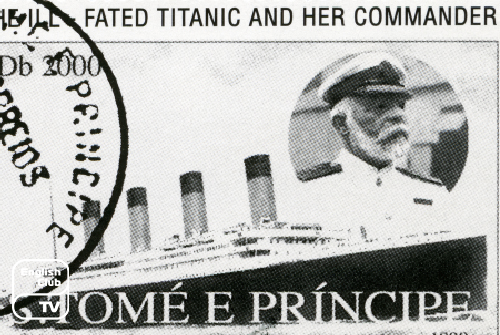 The largest passenger ship in the world, ‘RMS Titanic’ was one of the three ‘Olympic class’ ships of the ‘White Star Line Vessels’. It was designed to compete with the emerging luxury style voyage ships of the time. On the dawn of April 10, 1912, the highly publicized, ‘unsinkable’ Titanic set sail from Southampton, England to New York City, US, carrying approximately 2,228 passengers.

Captained by British Naval reserve officer ‘Edward Smith’, the Titanic offered travel by three classes, in which 337 passengers were in the first class, 285 in the second class, 721 in the third class and the remaining 885 were crew members. These classes were assigned based on both the financial and social status of the passengers. Those in the First Class ranged from wealthy upper-class politicians to professional athletes. The Second Class Titanic passengers were largely from the Middle Class, including authors, professors, and clergymen. Most of the Third Class passengers were emigrants travelling to the US. 66% of the passengers were male while the remaining 34% were female. There were 107 children onboard.

A majority of the passengers who took part in this voyage were British citizens. The following are some prominent British aristocrats who travelled onboard the Titanic:

Scottish by birth, he was an Olympic fencing medallist and a wealthy landowner. His wife was a much-famed fashion designer, known professionally as ‘Lucile.’ Her clients were from the affluent upper class and included even the British Royal Family.

-Countess of Rothes, the wife of the 19th Earl of Rothes

Lady Rothes was travelling with her parents ‘Thomas Dyer-Edwardes’ and ‘Clementina Dyer-Edwardes.’ Her cousin ‘Gladys Cherry’ was also a member of this party.

He was a member of the affluent Scottish-American ‘Gracie’ family and was by profession a real estate investor.

To monitor the ship’s progress and performance, Thomas Andrews the Titanic’s ‘Harland and Wolff’ designer and White Star Line’s Managing Director, Bruce Ismay were also on the voyage. Ismay received much criticism for surviving the tragedy and was dubbed a coward by the English society.

Due to complications in communication, on the 15th of April 1912, the Titanic struck an iceberg and sank in the North Atlantic Ocean. The tragedy resulted in the deaths of over 1500 people when it sank at 2.02 A.M with more than 1000 people still onboard. Approximately 703 passengers were drowned in the incident. Only 4 of the 140 women and 57 of the 175 men in the first class survived. 80 females from those among the second class were rescued, but only 14 out of 168 males survived. In the third class, 76 of 165 women escaped the tragedy, yet only 75 of 462 men survived. The majority of female survivors was a result of the ‘women and children first’ protocol employed by the officers loading the lifeboats.