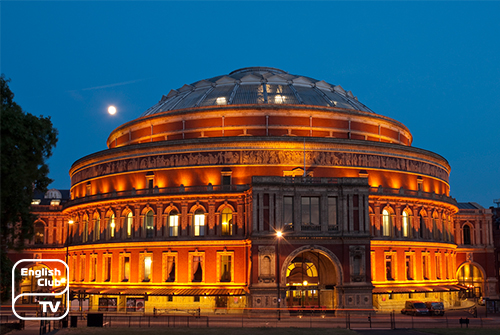 England’s culture immensely enriches the arts in the world. The country has produced hundreds of famous artists in many fields and at present too, England’s artists contribute their share to improve every type of art form very much. There are a great number of concert halls in England where performances by veterans and new artists can come to the stage on a daily basis. This article provides a brief account of a few of the famous concerts halls in England.

Known as the largest concert hall in Nottingham, the Albert Hall established in 1873 was formerly called Nottingham Temperance Hall. Watson Fothergill, a local architect, designed the architecture, and it became the venue for major events from then onwards. But some local businesspersons purchased the building in 1901 when there were financial problems in running it. They named it the Wesleyan Methodist Mission a year after the acquisition.
In April 1906, the building caught fire and after that, Albert Edward Lambert, a distinguished Methodist in the area, presented a plan on a request to restructure the building. As a result, the Albert Hall came to exist in 1910. Lady Florence Boot declared open the building. The Albert Hall had been the main venue for Methodist events until 1982.
In 1987, the City Council of Nottingham acquired ownership of the building and carried out extensive renovations. They built a new hall. In February 1988, Diana, the Princess of Wales, ceremonially took part in its opening ceremony by unveiling a plaque. The City Council leased out the building in 1990 to Albert Hall Nottingham Limited.

This very famous concert hall is a great landmark in Nottingham. Presently, The City Council runs the centre, and they have built another impressive piece of architecture near it known as the Cornerhouse Complex. The Victorian Theatre Royal is also a part of the Nottingham Royal Concert Hall.
Renton Howard Wood Levin Partnership designed the concert hall. The City Council spent over £12 million on building the concert hall, and it opened to the public in 1980. The concert hall comprises of 2,499 seats, state of the art sound and lighting facilities. The famous singer, Elton John, was the first to perform here in November 1982.

Joseph Lobley, a local surveyor, designed the Victoria Hall and opened its doors to the public in 1888 marking Queen Victoria’s Golden Jubilee. The concert hall can accommodate 1467 people. Located at the Town Hall, the Victoria Hall due to the problem of space had the authorities take steps to build another hall in 1999 under the development of a Cultural Centre. The Ambassador Theatre Group now administers the concert hall as well as the Regent Theatre, which is located very close to the former.

The city of Liverpool houses St George’s Hall on Lime Street. The Railway station of Lime Street faces the Neoclassical Concert Hall. The building comprises of the law courts as well. St George’s Hall is a Grade I building in the England National Heritage List. Located on its easterly side and the West side respectively are the St George’s Plateau and St John’s Gardens. The location became a World Heritage Site in 2004.