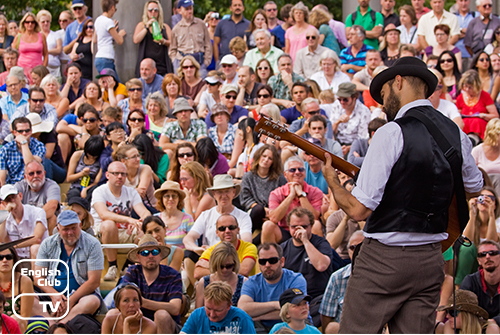 The Royal Society of Arts forged the Idea of the Festival of Britain in 1943. They conceptualised the festival to celebrate the 199th anniversary of the great exhibition held in 1851. Eventually, the then government installed a committee led by Lord Ramsden to find the ways that displays can improve exports. However, the committee decision was contrary, and the idea left out because the UK had given priority to the reconstruction of its ruins at that time.

Instead, the government opted to carry out a range of displays of arts, science, technology, and architecture as well as displays of designs. Altogether, the shows were named ‘1951 Festival of Britain’. The time was just after the World War II and the city of London lay in turmoil, and it very badly needed development. Inspired greatly by the festival in these circumstances, the British felt that the ruined town would benefit by the restructure as they had seen at the exhibition.

They saw the Festival of Britain as a united national reassessment and unified reaffirming the brighter future of the country. The Festival Director, Gerald Barry, elaborated the festival saying that it is a tonic for the nation. A council was formed after that, with leadership given to Lord Ismay. President of the Council also held the responsibility of organising the festival. Apart from them, there were Labour Party Deputy Leader and civil servants in the committee.

A headquarter for the festival was established in 1948, and it later converted to the Festival of Britain Office and managed through its budget. Northern Ireland government took the responsibility to organise and hold the festival in its country. The Arts Council of Great Britain, the British Film Institute, and the Council of Industrial Design, as well as the National Book League also joined the Office. An advisory committee comprising a Council of Architecture along with a Council for Science and Technology also installed. A Christian Committee was also set up to advise on religious matters related to the festival.

The Government made monetary grants to the Industrial Design Council and the Council of Arts, the National Museum of Wales and the Institute of British Film to carry out their parts of the festival. Throughout the country, the items and activities of the exhibition took place including drama and music festivals and the Lansbury Estate built in London for displaying architectural factions of the exhibition. The Waterloo region in London saw the greatest of the festival called South Bank Exhibition. That faction accurately presented the British advancement in science, technology, architecture and so on.

There were many other parts of the exhibition, and one of them was the Festival Pleasure Gardens arranged in Battersea, about three miles away from the South River Bank. In Glasgow, another to display engineering advancement was set up. South Kensington also took some parts that were not able to be in the main South Bank Exhibition. Belfast proudly showcased the progress in linen technology and agro-science. The Compania, a ship, was displayed in the South Bank. In 1951, it sailed along the British Coast. There was also a travelling section that exhibited a range of industrial designs.