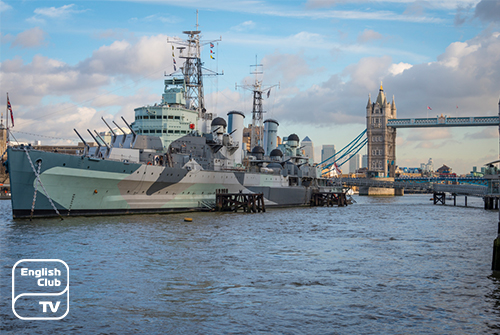 The United Kingdom is known to have employed a marine force in the ninth century, during the reign of King Alfred the Great. Then, by the 14th century, sea battles between other nations and England ensued. Most of them recorded amongst which were the English, Dutch, and French Navies. The Senior Service launched in the 16th Century, was the oldest UK navy force. It provided the base for the Modern UK or the Royal Navy.

The Royal Navy became the most powerful force of its kind by 1940. The USA Navy after World War II was the next dominant marine armed force after the UK navy. By the heroic efforts of UK’s Royal Navy, the UK made her status superior to other nations during the 17th and the 20th centuries. This superiority the Royal Navy had enjoyed over the navies of other countries from World War I to World War II diminished with the United Nations’ commanding the world’s largest naval force.

The Royal Navy engaged in fierce, secret sea battles against the Soviet Union during the cold war period and gained very much more strength with sophisticated submarines. However, after the collapse of the Soviet Union, the British Navy had primarily been engaging in various other global security and naval testing operations. As at present (2016), the Royal Navy boasts of seventy-seven commissioned ships and submarines. The Royal Navy also boasts of twelve Royal Fleet Auxiliary (RFA) ships, and five Merchant ships (Total displacement, approximately 603,000 tonnes).

According to the website of the Royal Navy (www.royalnavy.mod.uk) there are six destroyers, thirteen frigates, fifteen Mine Countermeasure Vessels, two amphibious transport docks, one amphibious assault ship, one ship of the line, eleven submarines, four offshore patrol vessels, eighteen fast patrol boats, four survey ships, one icebreaker and one static ship with the Royal Navy. Its motto is “Si Vis Pacem, -Parabellum.” (If you wish for peace, prepare for war, and its colours are red and white.

`The new recruits to the Navy are trained at the HMS Raleigh training facility at Torpoint, Cornwall while new officers are trained in Dartmouth at the Britannia Royal Naval College in many disciplines such as navy engineering, supplying and logistics. The Royal Navy started recruiting navy lady staff in 1917 but disbanded it in 1919 after the World War I. However, the Navy women force (WRNS) restarted in 1939 and again disbanded in 1993 only to recruit women for every section. Today the Royal Navy places no restrictions for women to join, except that they are not allowed to take part in the Royal Marines but in its band.

Also, according to the website of the UK Navy, there are approximately 32,880 regular Navy personnel and 3,040 reserve staff in the Royal Navy today. Also, there are 26,520 Regular Reserve personnel as well who are called for the duty whenever there is a need. However, the full human strength of the Regular Reserve is not given now, but only of the Royal Fleet Reserve.