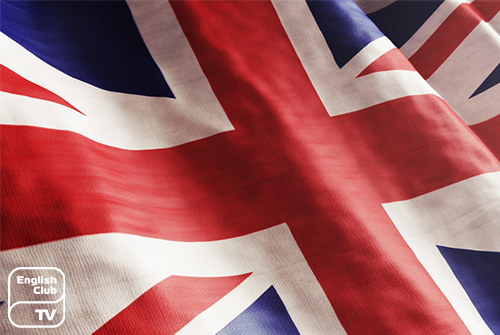 Known under many names, the national flag or the flag of Britain represents a combination of the flags of England, Scotland, and Ireland. The “Union Flag” or the “King’s Colours” and the present “Union Jack” are the names by it is popularly known. Wales, however, is not directly represented in the present “Union Jack”. It is instead indirectly expressed through the flag of England.

The ‘King’s Colours’ was first introduced in 1606 by King James I who ascended the English throne in 1603 following the death of his cousin Queen Elizabeth I. Previously known as James IV of Scotland, his succession united the thrones of Ireland, England, and Scotland. The naval representation of the Kingdom became an issue among traders and marine forces. Thus the “Flag of Great Britain” was introduced under a royal decree on the 12th of April 1606 representing the union between Scotland and England.

The flag combined the flag of Britain which served ‘St. George’s Cross’, displaying a red cross on a white background, and the flag of Scotland, which utilized ‘St. Andrew’s Cross’ or the ‘Saltire’, depicting a white diagonal cross on a blue background. This flag became known as the “King’s Colours” or the “Grand Union Flag” by its use by the King’s armies during the ‘American Revolutionary War’ and by colonial rulers of Britain for over a century.

An unofficial Scottish flag was also used during this period in which the diagonal Cross of St. Andrew (Scotland) was placed over the Cross of St. George (England). The flag first appeared in a complaint made to the King objecting the proposed design of the King’s Colours. It may have had some maritime use on Scottish vessels before the official implementation of the Grand Union Flag. There is evidence of other proposed designs, some depicting the crosses side by side, and others with St. George’s cross in the background while St. Andrew’s cross appearing at the top upper left corner. All these designs were, however, rejected.

Following the official union of Great Britain and Ireland in 1801, a royal proclamation was released introducing the present design of the National flag of the UK, the “Union Flag” or the “Union Jack”. St. Patrick’s red satire representing Ireland was mounted on the King’s Colours to symbolize the union between the three nations, thus forming the Union Jack.

Regarding the proportion of the flag’s width, is always twice as much as its height. The white diagonal of St. Andrew’s Cross is placed underneath the red diagonal of the Cross of St. Patrick and has a width of 1⁄15 of the flag’s height, with the latter being much smaller than the former. The crosses form a pinwheel when joined with St. George’s Cross at the centre.

The Union flag retains an official status in some Commonwealth countries. It is the official flag in Canada and referred to as the “Royal Union Flag”. Also used in the upper left-hand corner of the national flags of countries previously colonized under the British Kingdom.