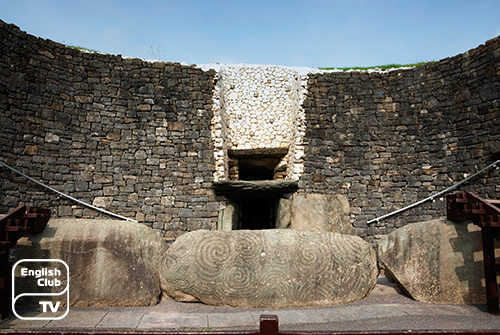 One of the most famous of battles fought in the day is the Battle of the Boyne just North of Dublin in Ireland, when William of Orange with 36000 men faced his father-in-law King James II who commanded 25,000 men, faced each other in battle across the river Boyne, on the first of July, 1690. The younger and undoubtedly better equipped William of Orange gained a crushing victory securing the Protestant dominance for generations to come in Ireland.

It also marked the last time that two crowned kings of Scotland, England and Ireland faced each other in combat on the battlefield.

Every 12 July, Northern Ireland celebrates this symbolic and important event by the Orange Order. The Battle of the Boyne was the final chapter in a war waged in James’s attempt to re-conquer the thrones of England and Scotland and is widely regarded as a critical battle in the sectarian struggle between Irish Protestant and Catholic factions. The fight between the Williamite and Jacobite factions spearheaded by William and James was an escalation of the Irish Confederate Wars over 50 years prior. The majority of Irish citizenry were Jacobites who fought for sovereignty for the Irish, religious tolerance and land ownership. They considered King James victory the key to securing Ireland’s independence from England, On the other hand, the Protestant Williamites considered William’s victory paramount to maintain the existing Protestant and English rule over Ireland.

William amassed an army of Williamites over 36000 strong and was far better equipped and trained than James’s and outnumbered them by nearly 13000. The battle reached its height at the River Boyne where James chose to place his line of defence. William took the first decisive step in the battle by sending a quarter of his men to cross the River Boyne at Roughgrange. James, assuming he might be outflanked by the miscalculation of sending nearly half his men to counter this. A move which proved futile as the deep ravine at Roughgrange provided a natural foil for the battle resulting in the men of both sides being incapable of engaging each other.

Soon, however, William proved the victor in the battle, eventually crossing the River Boyne in a symbolic gesture of victory. James on his part did not stay in Dublin after his defeat and instead chose to retreat in exile to France. Casualties of the Battle of the Boyne were somewhat subdued with around 2,000 being declared dead out of the almost 50,000 combatants on both sides, most of whom were Jacobites. Overall the battle was hailed as a sweeping victory for William a victory made all the more significant when the Pope hailed the victory by ordering the bells of the Vatican be rung in celebration. Many depictions of William’s victory were commissioned in celebration one such being Benjamin West’s painting circa 1778 titled the Battle of the Boyne, thereby making this one of the most venerated battles in the history of the British Isles.