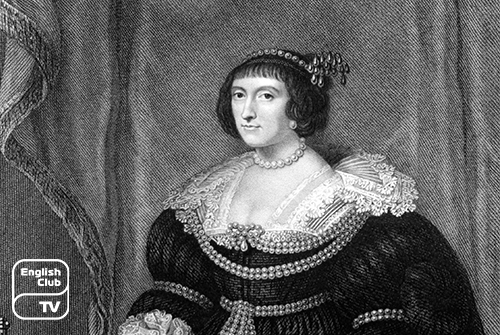 Elizabeth Stuart was born on August 19, 1596, at Falkland Palace to the King of Scotland. She was named after Queen Elizabeth 1 and christened in November 1596 at the Holyroodhouse Royal Chapel. The Linlithgow Palace in Scotland sheltered her in her early childhood, and Lord Livingstone and his wife looked after her during her childhood. She had a sister called Margaret and Elizabeth loathed her but adored Henry, her brother.

In 1603, Queen Elizabeth I died and her father, James, became the king of England as well as of Ireland. Because of this, Elizabeth, along with her brother Henry, and mother travelled to England amidst festivities. Her parents’ coronation took place on July 25, 1603, but allegedly, Stuart did not participate in it. Her father sent her to Lord Harrington and his wife for education in October 1603 where she met Anne Dudley that led to a long-lasting relationship between them.

The Gunpowder Plot revolved around Elizabeth Stuart in 1605. It targeted to kill Elizabeth’s father and the aristocrats who supported Protestants. They also wanted to abduct Elizabeth from the Coombe Abbey and crown her as the Queen of England, Ireland, and Scotland thus empowering Christian rule in those countries. At that time, Elizabeth was just nine years old. They also conspired to assassinate Henry along with her father. But the coup was foiled at its attempt.

Elizabeth received an excellent education fit for a future queen in England. It included subjects such as geography, history, languages, writing, theology, music and dancing among others. But she could not learn Latin as her father thought Latin would make Elizabeth treacherous. She could talk several languages when she was 12 of age. Elizabeth was competent in horse riding as well and loved literature very much possessing the gift of writing till her death.

Elizabeth was married to Frederick V. Count Palatine of the Rhine chosen among many suitors who contested for her hand. Their marriage took place on February 14, 1613, amidst festivities at the royal chapel. The couple had three children, Frederick Henry, Charles, and Elisabeth. Her husband became the king of Bohemia on November 4, 1619. She became Bohemia’s queen a couple of days later.

She was blessed with another son in Prague and named him Prince Rupert. However, after one year, the Frederick era collapsed when Ferdinand defeated Frederick at the Battle of White Mountain on November 8, 1629. In fear of the worst, Elizabeth fled Prague to the Custrin Castle in Berlin in January 1621 and gave birth to another son and named him Maurice.

At the invitation of the Prince of Orange, Elizabeth, seeing no place to reside, accepted it and reached the Hague in 1621. She gave birth to eight other children during her exile, four girls and four boys. Frederick, her husband, died of infection on November 29, 1632, at the age of 36.

The Stuarts came to the throne of England in 1660 and Elizabeth returned to England on May 26, 1661. At the time, she was suffering from pneumonia, and the illness embraced her in the guise of death on February 1662. Poet John Donne resurrected Elizabeth Stuart in his 1612 poem ‘Epithalamimum (Marriage Song)’ like a phoenix.