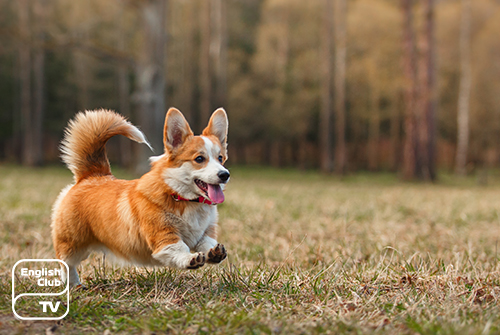 Following her ancestors’ love of the animals, it is little wonder Queen Elizabeth’s corgis have found favour with her. Taking the initiative from Her Majesty, everyone in the royal family seem to love corgis. Even the high-class society too reared corgis. Artists at the time drew pictures of corgis and carved corgi statues. Coins of the Elizabethan era depict corgis, and photographs of Her Majesty’s golden jubilee also show corgis along with her. When the queen was a young child, she played with corgis in the household of Marquess of Bath. She received a corgi herself in 1933 when King George VI adopted a Corgi called Dookie.

Elizabeth, the child, was only ten years old when she presented herself for a photograph with Dookie. Princess Margaret, the sister of Princess Elizabeth, joined her in playing with Dookie. Another corgi that the princess loved very much was called Jane. Her mother, Queen Elizabeth, however, wanted more disciplined dogs at the palace and she ordered each corgi be supplied with a wicker basket to put them somewhat at a higher level from the floor which she believed helped the dogs in avoiding them from meddling with her royal documents.

The welfare of Queen Elizabeth’s corgis

Several veterinarians attended to the royal dogs’ health, and the vets had to approve the corgis’ foods before being fed. Every morning, the corgis received their breakfasts of gravy, and they received biscuits for special occasions. When the Queen’s mother resided at the Castle of May in Scotland in 1953, her dog ‘Crackers’ too accompanied her. One of Queen Elizabeth’s 18th birthday gifts included a female corgi called Susan, which accompanied the queen on her honeymoon (1947). After that, the descendants from Susan’s stock took permanent residence in the palace, and two of them were called Sue, and Rozavel Lucky Strike.

After ascending the throne, Queen Elizabeth owned as many as 30 dogs. She was gifted with dogs and horses whenever she visited other regions and countries since the queen’s fondness for animals was known in many corners locally and internationally. When the Queen and her husband, Prince Philip, visited the Island Grand Cayman in 1983, she received a gift of statues of a corgi and a horse crafted from coral.

Later Prince Charles and Princess Anne also reared many corgis, and two of them called Sherry and Whisky. The Australian Women’s Weekly magazine featured one of the princess’ corgis called Sugar on the magazine’s cover on June 10, 1959. Sugar had a twin brother called Honey. One of the queen’s favourite corgis named Heather was born in 1962. She had three pups named Foxy, Bushy, and Tiny and later Brush was born to Foxy in 1969.

The Comfort of Queen Elizabeth’s corgis

The royal corgis enjoyed unlimited comfort in the palace. They slept in wicker baskets placed in high places, and they enjoyed separate rooms. The queen herself attended to the dog’s welfare and ordered to prepare special menus for them which included beef and fresh rabbits. On Christmas days, the royal corgis received special delicacies such as biscuits and exclusively prepared food items. Monty, Linnet, Emma, Holly, Willow, who were the favourite royal corgis, lived in 2007, receiving much preferences from the Queen. Of them, Holly had four pups called Flash, Spick, Span, and Bisto Oxo.

In 2015 Her Majesty the Queen made a decision that she would not rear corgis again. Reportedly, she did not wish to see her pets live forlornly after her demise. In 2012, some close relatives had asked her to rear a couple of corgis, but she reportedly refused the request. All the dead royal corgis were buried in Sandringham estate in Norfolk. Queen Victoria in 1887 first buried a dead dog on the property. After that, the Queen interred her corgi, Susan, there, thus turning it to a permanent royal pets’ cemetery.