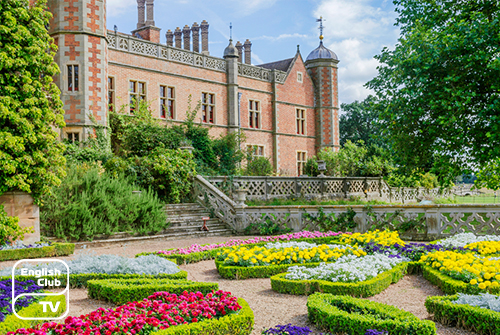 Sir Thomas Lucy built Charlecote Park house in 1558 where Queen Elizabeth II stayed in one of its rooms now called the Drawing Room. The Lucy family owned the land for the legendary construction since 1247. Successive family members had improved the park in many ways and during 1823, George Hammond Lucy, an eminent member of the Lucy family, and the High Sheriff of Warwickshire at the time owned it.

The sprawling 185 acres of Charlecote Park extending towards the River Avon, had once been the hunting ground for William Shakespeare, and records say that he was brought before a court for killing deer. The park house significantly improved under Sir Thomas Lucy’s control, during 1605 to 1640. Having fathered 12 children, he willed the park house to Lady Alice Lucy, who managed the house after his death.

The traditional paintings of Charlecote Park

Highly respected for her generosity, the lady Alice, however, did not give away the park house to any other but to her children. Her elder three children controlled the house respectively after her death and then her grandchild, Sir Davenport Lucy owned the house. In 1680, Sir Godfrey Kneller had painted the famous Charlecote Park painting, in which one can see an image of a black boy as well. The event of the baptism of the black boy ‘Philip’ is said to have taken place at the park in 1735, proving the presence of black personnel at the park.

Capability Brown landscaped the park in 1760, and in the 19th century, its ownership was passed to the Fairfax Baronets. Thus, announcing the end of the line of the Lucy heritage of the park after the death of Henry Spencer Lucy, the Baronets took the name of Lucy after that to preserve the tradition of the Lucy family.

The Great Hall of Charlecote Park

A collection of portraits of the Lucy Family members can be seen today in the Great Hall of the park house. This part of the park house comprises plaster finishes which look as if the construction is of timber. Many of the rooms have decorations on their walls and roofs of wood and plaster. Tourists can view a valuable set of antique furniture at the park house even now. There is a not-so-old painting of Queen Elizabeth 1 in one section where there is nothing new added in the Elizabethan Gate House.

The Park House also treasures original letters of Oliver Cromwell, who wrote them in 1654 to summon Richard Lucy, the then owner of the house, to the Parliament of Barebones. A painting of Thomas Gainsborough depicting George Lucy is also on display in the house which he claims he painted in 1760. One can also see ancient carriages that the Lucy family used and a laundry as well as a bedroom at the park. The BBC’s Antiques Road show, a TV program, featured Charlecote Park in 2012.