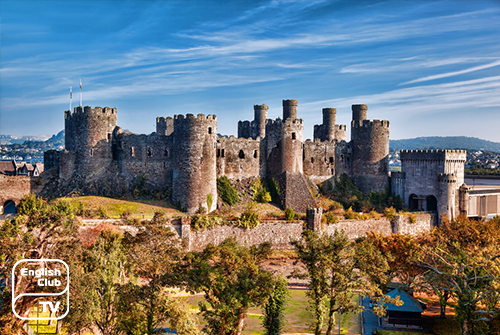 Though there are hundreds of castles in England, some of them are the ruins of once majestic palaces belonging to an ancient era. While others that show great splendour even today, they have undergone extensive renovations from time to time over decades. Nevertheless, for those who seek knowledge of history, facts about Castles, England provides what knowledge they need to a great extent. Therefore, not only the academics but also many others visit castles throughout the country seeking knowledge.

Sir John Wenlock had built this manor house in Luton, Bedfordshire in the 15 century. People believe that his ghost still haunts the palace. Sir John had purchased the Someries Castle from William de Someries. The castle carried the surname name of William de Someries even after that. Historians regard this as the first brick building. However, Wenlock had not completed the construction and visitors can see the brickworks still. Authorities in the modern era renovated it and opened it to the public in 2008.

Facts about the Donnington Castle

Sir Richard Abberbury built this fortification in the village of Donnington in Berkshire in 1386 and later Thomas Chaucer acquired it from Sir Abberbury till Royalty got hold of the castle in the Tudor era. After that, Sir John Boys became the owner of Donnington Castle, during the first civil war in England, where he surrendered after being in the 18th month long siege. In 1646, the parliament of England voted for the proposal to demolish it. However, it is now being protected under the English heritage.

Windsor Castle lies in Berkshire, which was a royal residence belonging to 11th century. However, history states the building of the castle took place after the Norman invasion (William the Conqueror) in England. All the monarchs including King Henry I had occupied the Windsor Castle. According to art historian Hugh Roberts, this castle boasts the finest apartments built in the Georgian style. The St George chapel illustrates the most exceptional features of Gothic style lies in the castle.

Facts about the Bristol Castle

William the Conqueror instructed the building of the Bristol Castle thus providing Bristol with the first castle. Even though, William built the house, Bishop of Coutances Geoffrey de Montbray had been controlling the castle on his (William behalf). Geoffrey had rebelled against William Rufus in 1088 by being in the castle.

After that, Robert Fitzhamon received a large parcel of land as well as the Castle from William when he distributed lands he took, as he captured the area. Robert of Gloucester, who married William’s eldest daughter renovated the castle of which most parts constructed with wood, and after that in stone, states the castle’s history written in 1480.

In 1630, the city authorities declared it had the power over the castle’s maintenance. But when royal troops stayed there in 1630, during the civil war, Oliver Cromwell instructed the army to demolish it. However, the realistic demolition took place in 1656 except for one tower which was also taken down in 1927. Some ruins of the construction, though, remains known as Castle Vaults. There is a tunnel running under the castle for about 16 meters.

Facts about Other Castles

The other famous castles in England include Boarstall castle in Buckinghamshire. The Buckden Palace, Elton Hall, Kimbolton Castle, Kirtling Tower in Cambridgeshire; Beeston Castle, Chester Castle, Halton Castle in Cheshire; Auckland Castle, Barnard Castle, Lumley Castle in County Durham, where many other castles exist and hundreds of others scattered throughout the country.