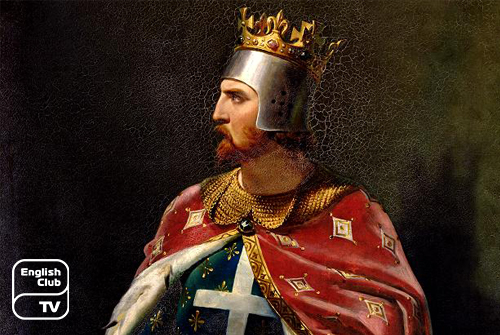 King Henry II and Eleanor of Aquitaine were the parents of King Richard I who was born in September 1157. He was just 11 years of age when he was appointed the Duchy of Aquitaine. He was allowed to control the region independently, a freedom not given to his brothers. However, Richard joined Geoffrey of Brittany and Henry (his brothers) to carry out a revolt in 1173. The king went against them twice and defeated the rebellion.

Pardoned, he was sent to control a rebellion in 1175, and the Count of Toulouse honoured him for defeating that revolt. Knowing that Richard was invincible, Henry, his elder brother, demanded the power over him in Aquitaine. Richard rebuked Henry’s demand, and they declared war on each other. Henry invaded Aquitaine and a range of vessels belonged to Richard was taken unto Henry’s control. In 1983, Henry junior expired, and the war ended abruptly.

Richard acted as the king of England and Normandy from then onward. He handed over the control of Aquitaine to Prince John. But this decision led to a new revolt. Even though a treaty made, it was not successful and Richard sought the assistance of Philip Augustus. The king was defeated in the ensuing war, and he fled Le Mans to Angers, demanding, the old king recognize Richard as the next king after his death.

However, after the demise of the old king in 1189, Richard and Philip declared war on each other. However, he broke the promise kept by his elders when he was at the age three that he would marry Philip’s sister Allais. The vows taken over crusading by two kings kept them in harmony and more so because of the sacrifices that Richard made to make the promises stand.

Determined to get wealth in any way he can, Richard sold out offices and remitted some to William, the Lion of Scotland. He succeeded in forming a large army (4000 army personnel) by 1191. He did not return to his land till 1194 but stayed in Palestine for 16 months. He remained in Sicily on his come back and engaged in a war with Philip. In 1191, he conquered Cyprus and in June joined the Christian besiegers of Acre. During this length of time, his connection with Philip was further damaged.

In 1191, Richard overwhelmingly defeated Saladin at Arsuf. Upon hearing John’s interest in Normandy and England, he made a truce with Saladin and started his journey back on October 9, 1192. He was captured and detained in 1192 at the castle of Dürenstein on the Danube. By paying homage to the emperor of England and heavy ransom to his captures, Richard received his freedom. In March 1194, he arrived in England, but he gave out the control of England to Hubert Walter. He built the Château Gaillard at Les Andelys in 1196 to protect the Seine from French invasion.

He became wounded in the battle of Chalus and inadequate treatment worsened the injury. He expired on April 6, 1199. He remains buried at the Church of Fontevrault at his father’s feet according to his will. Richard is a hero from the people’s eyes and called king Richard the Lionheart even now for his bravery.