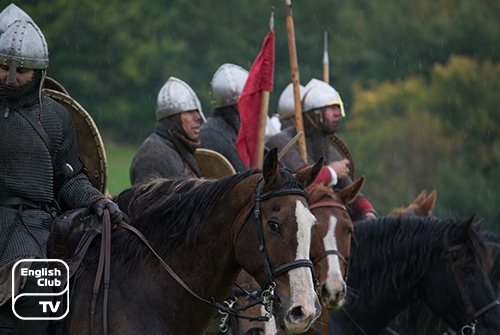 The Norman conquest of England took place in the Battle of Hastings fought seven miles from Hastings, in England on the Senlac Hill in 1066. King Harold II of England met his defeat at the hands of William the Conqueror’s Norman forces. The bloody battle was fought all day long, and King Harold who was the last of the Anglo- Saxon Kings of England was shot with an arrow in the eye and killed on 14th October 1066 along with all of his forces.

William is thought to have visited England in 1051 to meet with King Edward the Confessor, his cousin who was childless and promised to make him his heir. However, on the deathbed of King Edward, the kingdom was granted to the head of a leading noble family in England Harold Godwinsson who was thought to be more powerful than Edward. When Edward died in January 1066, Harold Godwinsson was also known as “Harold Gōdwines”, “Harold Godwinson”, “Harald Godwinson”, was crowned proclaiming him King Harold II of England which resulted in William disputing the claim immediately.

William, who was the Duke of Normandy, invaded England in just a fortnight before the Norman conquest of England arguing that it was his right to the throne of England.

William the Duke of Normandy landed at Pevensey in England’s south-east coast on the 28th of September, 1066 along with thought to be approximately seven thousand troops and cavalry and seized Pevensey. Marching to Hastings, he paused on the way to put his forces in order and on the 13th of October, saw King Harold arriving with his army near Hastings. William started out to lead his forces to battle on the next day.

William marched on London after having won the Battle of Hastings and the city submitted to his claim. With William being crowned as the first Norman King of England on Christmas Day of 1066 at the Westminster Abbey, the phase of the Anglo-Saxon reign in the history of England came to an end.

William who was illiterate like other nobles during his time spoke no English and failed in mastering it in spite of his efforts to learn the language. He spoke a dialect of French and was descendent of Rollo, a Scandinavian invader.

King William I more often than not was known as William the Conqueror after the Norman conquest of England and sometimes William the Bastard. He reigned from 1066 until his death in 1087.

He proved to be an efficient king and among his outstanding achievements was the “Domesday Book,” a vast census of the people and lands of England. His son, William Rufus became the second Norman King on the death of William I in 1087.