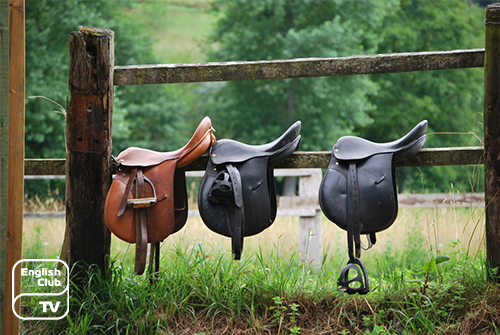 Until the 19th century, Englishmen had been using horses for their transport and working purposes. After that, Steam Trains took the horse’s place. The first mention of riding horses was in 700,000 BC in Suffolk and 500,000 BC Boxgrove in West Sussex has been recorded as being a natural habitat of the horse. Ancient British armies during the period when the Romans conquered England were said to have comprised of thousands of chariots pulled by horses. Englishmen first used horses to pull coaches in about 2500 BC.

Records show that King John had imported hundreds of Flemish stallions, and King Edward III had imported 50 from Spain. By the 16th century, the import of horses was prohibited in England. By the 17th century, England manufactured agro machinery that horses pulled. Some of the traders were recorded having hundreds of animals. However, by 1980, employing horses for work was nonexistent in England. The English horse riding was used only for recreational purposes.

At present, the UK forces use the animals and the British Royal family is guarded by horseback soldiers in addition to others. Today, royal commemorations, weddings, festivals are more colourful with the participation of ceremonially dressed soldiers on horseback. Entertainers also use horses for their events, and that includes filmmakers as well. Furthermore, breeders of horses and horse riding clubs are at present, ample in the UK.

The English culture has a prominent place for these animals. Englishmen have a deep respect towards the animals, and they use them for special occasions such as weddings, commemorations, anniversaries, and entertainment. Horse racing is also a popular sporting event in England. There are many recreational activities where horses are prominently used.

Jumping horses is another popular competition and recreational event in England. In jumping, horse riders make their horses jump over a few or many obstacles in varying heights. This event takes place in riding arenas or courses. More often the height of obstacles reaches 18 inches. Now jumping horses has become an Olympic event. It is not a game for weaklings.

Classical Dressage style takes place on flat tracks or courses. For engaging in dressage, horse riders use a different saddle type. This horse discipline also has become an Olympic event at present. By combining all these disciplines, Eventing takes place. Most of the eventing competitions take at least three days to complete. The riders in this race would engage in one discipline of riding for a day. For announcing the winners, the final score of a rider is taken into account with his or her score of each subject.