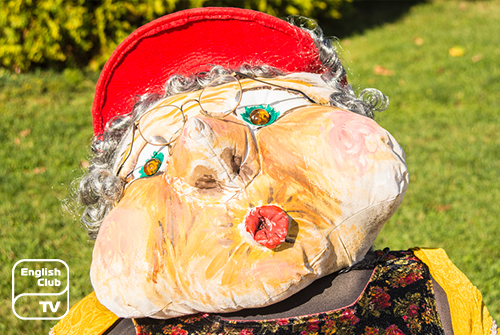 Many scarecrow festivals take place in the UK. In 1990, people in Urchfont a rural village in the UK started a scarecrow festival and today it has become a major regional fun event. Originally, the people in Derbyshire introduced the concept of this festival, and they celebrated it for the first time in Wiltshire. In Urchfont, this festival takes place in May on their bank holiday.
Furthermore, the month of September sees a similar festival taking place in Belbroughton in North Worcestershire. There, the people first held this festival in 1996, to raise funds for running local charities. Another festival of scarecrows takes place annually in Meerbrook, Staffordshire in May. The Salmonby and Thetford people also, hold a similar festival every year in May.
The year 1990, saw another similar festival starting in Lancashire in the village of Wray. There, the regional people hold this festival as an annual event. Orton, a village in Eden, Cumbria, too, displays scarecrows every year. The people here make scarecrows showing their opposition over establishing wind farms in the region. Greater Manchester also sees a scarecrow festival in July in the village Blackford close to Bolton.
West Yorkshire holds an annual festival of this kind in its Norland Village, and North Yorkshire has one in Kettlewell. Similarly, the people in Teesdale of Durham County too, celebrate with this festival in May or June. Scotland first saw a scarecrow festival in its West Kilbride in 2004. They hold one in Montrose as well. In June 2014, people in Gisburn in Lancashire held a similar festival.
Here, individuals dress as scarecrows, parade streets in memory of the series of the book ‘Dr. Syn’ written by Russell Thorndike. It first took place in 1964. This festival gets centre stage in many regions of England, during May or June. Tourists can see natives dressed like scarecrows or many hundreds of scarecrows that locals make, and paraded during these months.
Scarecrow Festivals throughout England’s villages get colourful in May and June. They paint the villages of Kettlewell, Flamstead, Meerbrook and so on with fun and glamour attracting tourists by the millions to the UK during this season. Many historical characters in fiction and history come alive during this season through this festival. People eagerly produce animations resembling such characters.
History says that scarecrows first came to exist in the UK as a means to protect crops. Farmers used straw and wood to make the scarecrows. At first, farmers asked their children to chase away birds that destroy their crops. But they could not find enough children to carry out this service after the great plague that occurred in the UK in 1348. As an alternative, they stacked straws into figures made from wood and other similar materials and placed these in fields against poles.
Today, rural people in the UK bring forward their memories of the scarecrows by producing scarecrows with whatever materials they find suitable to make them. They use pots, pumps, clothes, straw, wood, clay, tins, and other stuff and paint them to look like they are alive. Almost all the country gets liven up with the scarecrow festivals in May, June, July and September. Tourists arrive by the thousands during this season to witness these historical festivals take place.