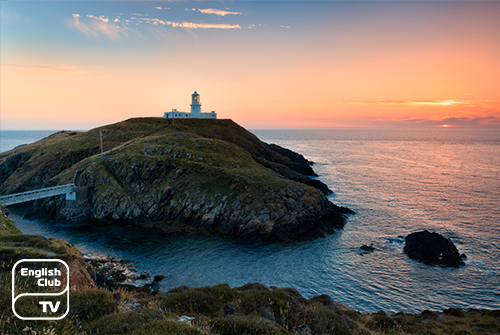 Britain has many national parks, but there’s only one coastal national park which is the Pembrokeshire Coastal Park established in 1952. It sprawls over 612 Sq. M of land and comprises St. Dogmaels from its north and Amroth from its South. The park also houses the Daugleddau Estuary and the Preseli Hills.

Pembrokeshire Coast is famous for its natural beauty. Its coastal strip enables visitors to enjoy its pure charm which has not changed a bit over the course of time. Massive limestone that originated from the sea bed provides guests with remarkable spectrums such as Tenby, Amroth, and Freshwater West.

The Pembrokeshire National Park spreads towards its north, climbing hills and landscapes that volcanoes created. Here, beaches get narrower and smaller when they embrace isolated areas such Porthsele, Cwm-yr-Eglwys, and Abercastle. Many of the visitors to this region embark on trips along the Pembrokeshire Coast Path, which runs over 186 miles.

Trekkers along the coast path can enjoy marvellous sights of Mother Nature throughout their journey. Rare plants, beautiful birds, and a range of wild animals make the trip a memorable experience. The Pembrokeshire Coastal National Park also boasts of villages and towns that are not touched man made sophistications to date.

The smallest city in England, St. Daves, lies here in Pembrokeshire. Only about 1500 people live in the city, and the sea surrounds it from three sides. Another beautiful small town in Pembrokeshire is Newport. The history of Newport dates back to the Norman entry to the region.

Along the hilly routes towards the Northern coast of Pembrokeshire, is Abercastle. It has been a trading port for grain and slate for centuries. Regional history says that the first persons on boats sailed from East to West along the Atlantic landed in this region from Abercastle.

Visitors can also see the Tenby coastal town. Normans were the first recorded human settlers who had arrived here in the 13 century. The land had served as a fort for the first settlers, and today’s visitors can see its walled remnants along the harbour and surrounding beaches.

In the middle of Pembrokeshire, there is a small market town called Narberth. Now it has become a marketing hub for traditional items such as sculptures, pottery, paintings, and jewelry.

Providing an entirely different landmark from that of the south which comprises of lowlands, the South side of Pembrokeshire boasts the Preseli hills. Those who climb to the top of the mountain reaching 536 miles from the bottom will see rare sights of plants, grass and a range of invertebrates.

On a bright day, climbers to Foel Eryr of the mountain can see as far as Ireland. The excursions to the top of the mountain provide visitors a rich walking experience. The Golden Road runs eight miles towards the sights that belong to the Neolithic period.

The Preseli Mountain reserves have a range of prehistoric sites. The bronze age has preserved its cairns here for the generations to come to see and the Iron Age has remained with its many forts. The Beddarthur, which is said to be the King Arthur’s burial ground, also lies here with several stones that resemble a human eye.

Foel Drygarn lies on the eastern side of Preseli. The mountain tops boast of stones that belong to the Bronze Age. Natural crags and cliffs mark Foel Drygarn as a must visit site in the Pembrokeshire National Park. Visitors to Foel Drygarn should not forget to pay a visit to Gwaun Valley and its ancient villages Pontfaen and Rosebush where the beer served is from barrels.