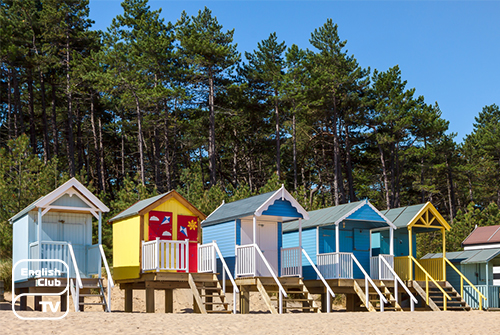 A large strip of sandy beach running from ‘Burnham Norton’ to ‘Blakeney and covering over 4000 hectares of land is the ‘Holkham Bay’. It is a part of a ‘National Nature Reserve’ and is managed by ‘Natural England’ along with the ‘Holkham Estate,’ which belongs to the ‘Earl of Leicester’. Holkham bay was rated the best beach in Britain by a poll run by the famous travel journalists.

The beach can be accessed through ‘Lady Anne’s Drive’, just off the ‘A149′, at ‘Holkham village’, or from the east end of the bay at ‘Wells-next-the-Sea’. Disabled visitors can take a left turn at the end of ‘Lady Anne’s Drive’ where they will be given directions to a path on to ‘George Washington Hide.’ Here, a boardwalk extends all the way to the beach. Parking is available at ‘Lady Anne’s Drive’ for £3.00 a day or the car park near ‘Wells-next-the-Sea’ for £4.00. Free parking is available at Holkham Hall. On certain occasions, visitors can park by the side of the road.

The beach is so vast that there is about a half a mile walk to the sea. In the year 2012, a hut overlooking the beach was sold at £69,000.00. The sheer expanse of the beach welcomes a one to four mile long solitary walks, overlooking the meadowland around the bay. It offers both a serene and picturesque view. Dogs are allowed on the beach, but must be on leads. BBQs are, unfortunately, not allowed due to the beach’s litter free status and the surrounding pine forests. A nudist section occupies the west side of the bay while the rest is open to all kinds of beach-goers.

Most visitors enjoy the usual beach games, such as beach volleyball, which is rather popular in the area. The bay’s natural pine woods, sand dunes, and wildlife attract many nature lovers. Bird watchers can enjoy spotting an occasional ‘pipit’, ‘seagull’, ‘finch’ or a ‘pink-footed goose’ in the vicinity. In the summers, moths can be seen flittering about around twilight and in winter, after a gale, there is driftwood to be found. On unnaturally high tides, the semi-circular beach forming the bay fills up with water. This phenomenon results in a stunning shallow lagoon, which is quite a sight to see.

The Wells-next-the-sea lifeboat station is accessed after a two-hour walk along the beach. Here, visitors can view the ‘Wells salt marshes’ and the ‘Wells Harbour’ where there are small fishing fleets and commercial fishing vessels gathering from time to time.

The beach is seen featured in the closing scenes of the movie ‘Shakespeare in Love’ starring ‘Gwyneth Paltrow’. The beach was also featured in Stephen Fry’s ‘Kingdom’ series, as well as in the ‘All Saints’ pop band’s music video titled, ‘Pure Shores.’ The British Royal Family has also made visits to the beach with the photographs released of ‘Prince Charles’ and ‘Princess Anne’ playing on the beach as children.

The Holkham Bay beach is open from dawn to dusk on each day during the open season, but during July and August, the gates are closed to the public at 09.00 PM.