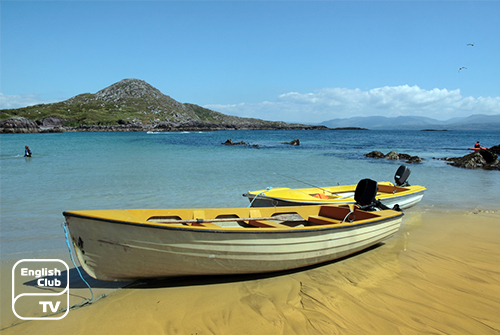 Many travel from country to country looking for knowledge, ambience, and entertainment and for other business and personal reasons. All of them want as much to enjoy the beaches that a country offers for summer season. Almost all of them reckon that Irish beaches get easily counted as top class beaches in the world.

The stunning beach of Ireland, Bettystown, lies in the Meath County in Ireland. The nearest town to the beach is Drogheda. Many tourists visit Bettystown beaches to swim, walk and engage in other fun-filled activities. The beaches of Bettystown run from Laytown to Boyne, Mornington. A woman stumbled on one of Ireland’s great national treasures the Tara Brooch, found buried on the beach in 1850, providing a valid reason, among others, for many tourists to visit this enchanting beach.

Thousands visit the Skerries in County Dublin, Ireland. The Skerries in its linguistic originality means ‘the rocks’. The area has five islands surrounded by the sea. They are called St. Patrick’s Colt, Shenick Island, The Cow, The Calf, and Rockabill. The beaches run along the surrounding North Fingal hills. Apart from these stunning beaches, there are other attractions for tourists such as Ardgillan Park, Barnageera, Mill Hill, and Baldungan Castle, amongst others.

Locals call it the “Dollyer” for Dollymount, another enchanting beach in Dublin, Ireland. Saint Anne’s Park lies eastwards to Dollymount. Clontarf links Bull Island with a wooden bridge which is a favourite tourist’s landmark in the area. The beach runs about five kilometres providing magnificent sea vistas. The area, though residential, has very few shops and restaurants. The fishing harbour in the lovely village called Howth is also a famous tourist attraction in Dollymount.

The beaches of Brittas Bay run four km in Wicklow. The R750 road touches from one side the dunes. Since Brittas Bay is very near Dublin, many locals and tourists visit this beach. They come here during the public holidays in August in large numbers. Since public and private organisations of the area more often engage in clearing campaigns, the Brittas Bay is famous amongst tourists for its beauty and cleanliness.

Bright and Sunny Baginbun Head in County Wexford is one of the most sought after beaches in Ireland. Tintern Abbey and Hook Head Lighthouse stand nearby to the beach which boasts many a tiny bay that skirts the Copper Coast Drive of Waterford. A range of holiday homes sits along West Cork and Mizen Head as well as in the Barely Cove.

Stunning Inch Strand in Dingle Penninsula, Country Kerry, Ireland, attracts thousands of tourists and locals a day. Surfing, Kite Surfing, Fishing, Kayaking, Windsurfing and Hangliding, are some of the fun activities the beach is famously known. The Dingle Peninsula has earned fame for its spectacular beauty amongst tourists. The region also provides visitors with many adventurous routes for walking.

There are many other attractive Irish beaches. Benone Strand, Ballymastocker Bay, Thallabawan Killadoon, and Fanore are just a very few of them.