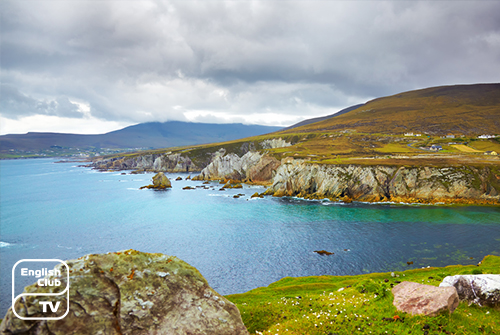 Ireland more often receives varied weather patterns. But the weather is steady in the summer during the period between May and July. The temperature during this period changes between 64 and 68°F. The day gets lengthy during the month of July and August. The Sun does its round even till 11 pm.

Although Ireland recommends every season for travelling in the country, many regard summer is the best season for tourists. Large groups of foreign and local tourists gather in parks, in cafes, inns and restaurants during the summer to satiate their taste buds, enjoy music, and engage in sightseeing among others.

One reason that thousands visit Ireland in summer is the high range of festivals that they can view in the season. Some of them are Cat Laugh Comedy Festival, Cork Jazz Festival, Scarecrow festivals, which tourists can see almost every village in Ireland, in August.

Parents take their children to Ireland on vacation in the summer. Young people go on trips of their own, and the older people prefer resting in public parks or on the beaches. Local and foreign tourists visit the famous holiday destinations such as Aran Islands, Belfast, Blarney Castle, Bunratty Castle and Folk Park, Burren, Carrick-a-Rede Rope Bridge, Christ Church Cathedral, and Cliff of Mohr, to name a few from hundreds of such attractions.

Many engage in playing golf during the summer months. Ireland has many a gold course. Many of them lie in picturesque regions in Ireland. Adare, Ballybunion Cashen, Ballybunion Old Course, Ballyliffin Glashedy Links, Ballyliffin Old Links, Baltray County Louth, Beaufort, and the Carlow Golf Course are only to mention a few of them.

A faction of tourists and locals regularly arrive at pubs and restaurants to enjoy listening to music and engage in dancing. Attractive locations such as Abbey Tavern in Dublin, Brazen Head Pub which is said to be the oldest pub in Ireland, Coleman Irish Music Centre, and South Pole Inn fill up with song and music lovers in the summer season.

Foreign and Local scientists, graduates, schoolchildren and others who pursue knowledge choose the summer months more than any other time, to pay educational visits to museums in Ireland. Carlow County Museum, Chester Beatty Library, Cork Public Museum, and others like Desmond Castle/Wine Museum, Dublin Writers Museum, and Dublinia get crowded during the summer in Ireland.

While some engage in trekking and mountain climbing, some others participate in surfing, swimming and diving. The beaches in Ireland offer great vistas and locations of many sports during the season. Families including the old, visit beaches during the summer knowing that they provide the haven much looked forward to relaxing and play games. Summer is the peak period of tourist arrivals in Ireland. So is the number of local visitors who engage in trips and vacations during the summer in Ireland.