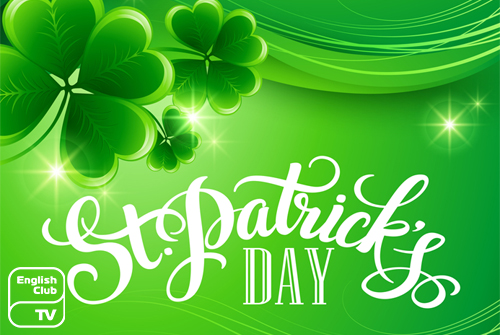 The annual celebration of St. Patrick’s Day falls on March 17. St. Patrick the patron saint of Ireland, and it is the Irish who celebrated the day first. But now, other parts of the world also celebrate St. Patrick’s Day making it an international religious festive event. Saint Patrick (3870461 AD) was a Catholic missionary who converted the Irish to Christianity during his missionary mission in Ireland. Observing his life, the Irish have been celebrating St. Patrick Day for centuries. Even though the day falls during the fasting season, the Irish celebrate by eating food including meats on the day.

The Irish mark St. Patrick Day by thousands participating in a massive parade in Dublin and other cities and even in villages in Ireland. On this day, the Irish wear green and dance to Irish folk music while eating traditional Irish food. They popularly consume vast quantities of beer of Irish origin such as Smithwicks, Harp, Murphys and Guinness, which are top brands of beer in the world. Consuming Irish Scotch Whisky proudly takes place on this day in Ireland which helped the brand being so popular in other countries as well.

Wearing shamrock caps are traditional on the St. Patrick’s Day in Ireland. Children wear badges in green, orange and white. Irish girls beautify their hair with green ribbons on parades. For the Irish, St. Patrick Day is mostly holy, so the Irish Government enforced laws to close pubs on the day. However, they take the occasion later to popularize their culture throughout the world by consuming top class brands of liquor that they produce, such as Scotch Whisky and beer.

Even though the festivities on St. Patrick Day lasts only a day in other countries, the Irish celebrate it over a whole week. They display fireworks and organize sky festivities making the sky illuminate with a range of colours. Open theatre music events are common in Dublin and other major cities in Ireland throughout this week, and millions take to the street wearing green.

The city of Dublin wears green on St. Patrick’s day and remains so after that as well. Fun fairs celebrated in Ireland during this festive season, and organizers create treasure hunts and fun activities for children’s   amusement as well as for adults. Children’s activities such as animating, drawing, sports and many more can be seen everywhere in Dublin and suburbs making the country a Disneyland for the festival.

It is amazing to see thousands throng on streets expanding over the width and length of them. On the day of the parade, tourists can witness an incredible sight of a beautiful sea of people on streets wearing green, white and orange and mixed colours. Activities like painting their faces, wearing flowers, donning themselves with many types of elegant attire, the Irish exhibit their culture to the world for the length of St. Patrick’s Festival.

Millions of tourists visit Ireland to witness this great prestigious festival. Indeed, a very few occasions occur in the world as beautiful as Dublin parade on the day. It is amazing to see a country putting forward so much of their St Patrick day activities and fun for the happiness of others coming from abroad on their patron saint’s day.