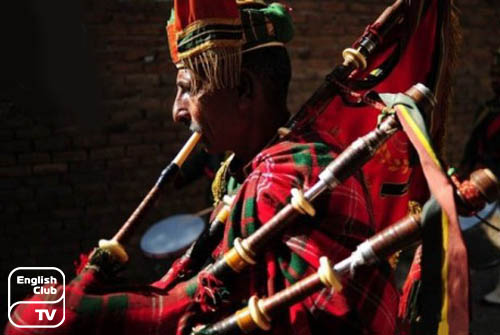 Over thousands of years traditions and customs of Scotland have prevailed while mixing with modern trends of global cultures. The Scottish people have been a part of the world’s history from the 12th century. While some aspects of the traditions of Scotland have remained unchanged over time, such as the Highland Games, for instance, most of the traditional customs have now changed and are continuing to be changed.

Since the past thousand years, the amazing sight of the Royal Edinburgh Military Tattoo has been providing evidence to prove the strength of the traditions of Scotland. This beautiful sight is witnessed annually in August.

However, the traditional foods of Scotland like haggis, whisky and porridge are now infused with new features with the committed participation of international chefs. Likewise, the traditional Scottish dresses are now changing with every new day. Award-winning designers like Jean Paul Gaultier and Jonathan Saunders mix tradition with modernism, creating inspiring clothes beauticians from all over the world aspire to.

Meanwhile, the festival days such as St Andrews Day, Burns Super and Hogmanay still survive due to the Scots’ unshaken love to their tradition. “Auld Lang Syne”, which people have been singing for centuries, still continues to be sung by youth of new generations who listen to and enjoy it very much.

The Scottish theatre boasts an impressive history that dates centuries back. The country witnesses hundreds of theatrical festivals throughout the country every year. The first theatre company called the National Theatre of Scotland, established in 2006, has no definite location. They perform anywhere in the country, moving when needed.

In Glasgow Bard in the Botanics Festival of Shakespeare comes on stage. And in Ayrshire “Burns an ’a’ that! Festival” arrives to commemorate the highly acclaimed Scottish poet Robert Burns. The largest theatre is the Edinburgh Playhouse in the UK. Many others, such as King’s Theatre, the Traverse Theatre, the Royal Lyceum Theatre and Festival Theatre (this unusual building attracts many people), keep the Scottish traditions continuously alive for generations to come.