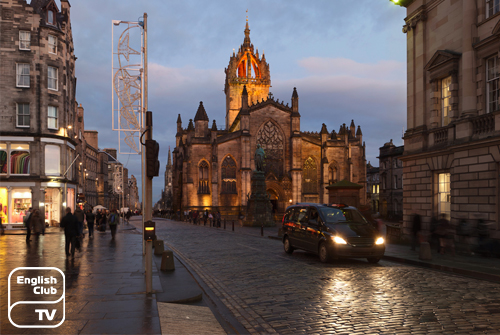 Scotland’s eastern coast towards the Firth of Forth Southern Bank is the location of the city of Edinburgh. Beautiful Edinburgh is the capital of Scotland and the world famous Edinburgh Castle on the rock carved out by Volcanic eruption lies here. This location gets protected with a natural ice sheet. The ancient city of Edinburgh lies at the end of glaciers, and Castle Rock is the traditional name for the old town.

The name Edinburgh is said to have derived from the legend about King Edwin of Northumbria, but some historical facts do not support this suggestion. The Scottish also refer the city as Auld Reekie, which means old smoky. Since the smoke of wood and coal covered the old town so often, the citizens nicknamed the city this way. The industrial revolution of the 17th century and onwards rarely touched the city of Edinburgh leaving it to flourish as a cultural and intellectual hub. In 1995, UNESCO recognized Edinburgh as a world heritage site due to its historical importance.

The new town of Edinburgh developed after the time of the Jacobite rebellions away from the walls of the old city. The old town became densely populated at that time, and the need of expansion of the city occurred. The northern development of the city got its way through the unloading of soil remains from the old town to Nor Loch. Here a mound of earth was gathered which later became known as the Mound where now the Scotland National Gallery and Royal Scottish Academy exhibit their splendour unhindered.

After the rebellion, the need of residential areas came to the fore and multi-storeyed buildings were built including 14 storey buildings as well. The immigrants dwelled in underground storey buildings in these residences and the legend of an underground city in Edinburgh derived from this construction under the ground. The upper storeys of the houses were occupied by rich people while the lower parts were given out to the poor people.

The Edinburgh Castle, Royal Mile, Grass Markets, Scott Monument, Arthurs Seat, Forth bridges, Edinburgh International Airport, road and rail are some of the most sought after tourist destinations.