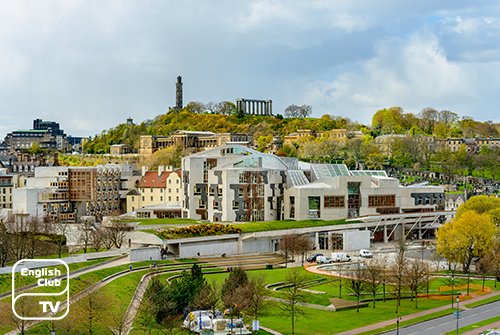 The Scottish Parliament Building lies in Central Edinburgh. UNESCO has made this building and the surrounding area a World Heritage Site. The authorities commenced its construction in the second half of 1999, and Scottish Parliament Members gathered there for the first time on September 7, 2004. On October 9, 2004, Queen Elizabeth II presided over the opening ceremony of the parliament building. The architect Enric Miralles, who designed the Parliament, died before its completion.

Scottish Parliament building: before and after

However, Scottish politicians and the media as well as the public highly criticised and levelled allegations at the construction of the parliament building from its initiation claiming that corruption was rampant in the whole procedure. Even though the cost of the building was initially estimated to be £414 million, the cost had gone to the extreme when the construction reached its completion, after almost three years from the scheduled opening date in 2001.

An inquiry board was appointed in 2003 chaired by Lord Advocate Peter Fraser to look into the allegations. In 2004, the board revealed that the management of the construction had committed financial misappropriation in the construction. Despite complaints by the public and politicians, many in the architecture field marvelled at the new building. According to them, the building has a natural affinity with its background, regional culture and its people. Confirming their acclaims, the building received many awards such as the Sterling Prize 2005.

Artefacts of the Scottish Parliament building

The parliament building has a range of masterpieces. The gifts given by foreign delegations and various other dignitaries add to the bulk of these masterpieces. The building also houses a high number of famous sculptures that display the value of Scottish culture and Scottish people. The Scottish Parliamentary Corporate Body led by Jamie Stone MSP is responsible for selecting artefacts for public display in the building. The Body also carries out displaying relevant quotations, issuing tenders, making purchases and so on.

Among the famous sculptures and artefacts in the parliament building lie the Sculpture ‘Honours of Scotland’. Queen Victoria had gifted it to the parliament house when she opened it during her time. The Sculpture contains honours of the country: the crown, sword and sceptre. Even though this sculpture has been at the parliamentary sessions earlier, it has now taken a permanent place in the Edinburgh Castle. The Main Hall of the parliament building boasts the Visitor Information Desk embossed with grand designs. It has cost the authorities £88,000 and a plethora of criticism for its high price.