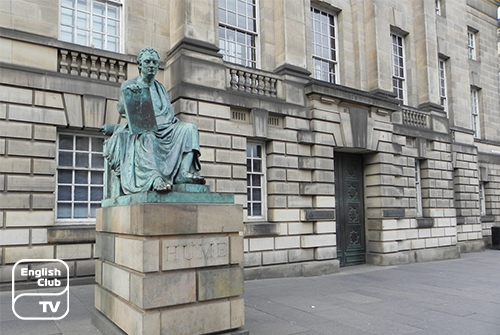 The Scottish made significant progress in acquiring knowledge in various fields during the 18th century. This awakening is known as Scottish Enlightenment. The country established five universities and a large number of parish schools during this period.

Scotland becomes a part of the United Kingdom in 1707 bringing a significant change to all the politicians and aristocrats to London, but the legal system and its components remained. Since the Scottish law differed from that of England’s, the stakeholders in the field also remained.

The Scottish church and its leadership, as well as the universities, did not change their locations. Eventually, the clergy, faculty, teachers, and other intellectuals got together forming a new middle class in the country. They were the ones who were instrumental in the awakening that came to be known as the Scottish Enlightenment.

Getting together with England, the Scottish found more ways to improve its economy. The developing American market too helped to improve the condition of the livelihood of the Scottish. The trade between France and England developed as the tobacco industry emerged. The Scottish established the Bank of Scotland and the Royal Bank of Scotland during this period. Many other local banks cropped up as well in the region of Ayr and Glasgow.

Enhancing Education and development of the country

In 1496, the Scottish Parliament passed the Education Act. As a result, the wealthy had to attend grammar schools. Meanwhile, many supportive Acts brought in the period between 1616 and 1646 improved education. They also aimed at enhancing the development of the country and improving its financial status. By the 19th century, not only the wealthy but also the average youth were able to enter high-ranked services thanks to the emerging democracy in the country.

The school curriculum was changed by the 19th century to suit the demands of people. Robert Sibbald became the first professor of medicine at the Edinburgh University. Later in 1681, he founded the Royal College of Physicians of Edinburgh. The distinguished chemist William Cullen, Joseph Black and scientist Alexander Monro, as well as historian John Walker, served the world by being professors at the Edinburgh Medical School.

Scotland saw the established of many printing presses in 1763. By 1783, there were 16 print locations and 12 paper mills. By this time intellectuals came to the forefront from various clubs. One of the first of such clubs was the Easy Club. Thomas Ruddiman founded it which expanded to Glasgow by 1740. So did many other clubs of intellectuals as well. The famous Political Economy Club and the Select Society, the latter founded by artist Allan Ramsey also contributed to the Scottish Enlightenment very much.

Adam Ferguson founded The Poker Club in 1762, for him to raise issues of militia in the country and the region. Modern historians say Scotland had created many intellectuals by 1750 from many educational institutions in the country, from universities, libraries, reading clubs, and museum-related learned societies.