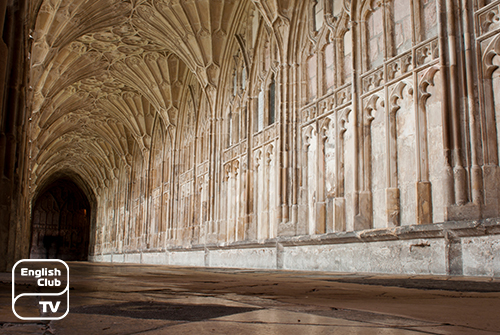 The Gloucestershire County boasts an impressive history. An article about the county first appeared in the 10th century in the Anglo-Saxon Chronicle, and at that time, the Forest of Dean and the Winchcombe areas did not come under Gloucestershire. However, the Bristol town has remained part of the county from the beginning. The area became populated with the industrial revolution. In 1313, Bristol separated from Gloucestershire and came under the County of Avon in 1974. At present, Bristol North falls within the jurisdiction of Gloucestershire.

Visit Gloucestershire for its religious architecture

A severe flood hit Gloucestershire in July 2007, and it affected people by the thousands. The RAF was reported to have heroically attempted to save the residents in the area, and they succeeded rescuing many people. However, the county recovered from the adverse effects of the flood within a short time and became one of the most attractive regions for tourists. Many visit Gloucestershire to view the impressive religious architecture. Some of them are Gloucester Cathedral, the Tewkesbury Abbey Church, and the Cirencester Church.

In fact, almost every market town of Gloucestershire has a parish church. The churches in Lechlade and Fairford built in c1500 is where visitors can reflect on the stained glass windows of the Netherlands. The Kingswood Abbey, Calcot Barn, Tudor country house, Thornbury Castle, Highgrove House, Nether Lypiatt Manor, and Gatcombe Park are places that attract thousands of tourists to Gloucestershire on a daily basis. Another interesting event taking place in Gloucestershire is ‘Cheese-rolling”, which shows off its glamour at Cooper’s Hill. The Cotswold Games also attract many tourists to Cotswold, which is a part of Gloucestershire.

Visit Gloucestershire for its fictional allure

‘Cider with Rosie’ written by Lourie Lee and ‘A Child in the Forest’ by Winifred Foley revolve around children characters in the rural areas of Gloucestershire. ‘Die Another Day,’ ‘Hot Fuzz,’ and ‘Harry Potter’ are some of the favourite films shot in Gloucestershire. The BBC TV drama series ‘Survivors’ also have sceneries from Gloucestershire though the story took place in a mythical village called Brimpsfield.

Visit Gloucestershire for its Wildlife

Many visit Gloucestershire to see wildlife. The Old Spots pig has a single bearing to the county. The Forest of Dean is famous for its sheep farms though it is a habitat for the wild boar as well. Moreover, Gloucestershire boasts of herds of cattle that visitors recognise for their white stripes on their backs that go up to their tails. They provide milk to produce the great Gloucester cheeses. Among the famous mountains in the area, Cleeve Hill, Seven Wells Hill, Roel Hill, Wistley Hill, and Birdip Hill are prominent. The Cleeve Hill is the highest.

Visit Gloucestershire and its famous places