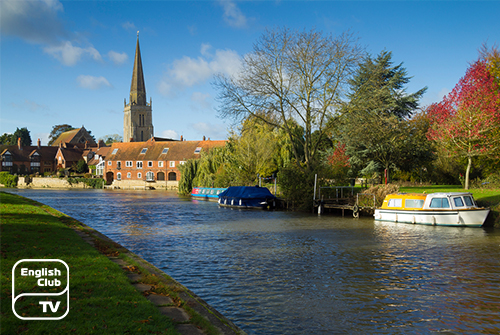 Abingdon-on-Thames, which is a civil parish, and market town, lays claim to the title of being the oldest town in England. It was initially the county town of Berkshire which became a part of Oxfordshire after the 1974 local government re-organisation. Archaeological discoveries, including a ‘stone hand axe’, date back the human occupation of the land to the Neolithic and Bronze ages. The city thrived during the Roman, and after that, the Saxon eras due to the food and trading opportunities provided by the convergence of the River Thames with the River Ock.

Medieval Abingdon presents great religious and cultural significance. The renowned Abingdon Abbey was the 6th richest in Britain, before King Henry the VIII, dissolved all monasteries in 1538. It was maintained by Benedictine monks but had limited interaction with the townspeople who sought independence from the Abbey by erecting a decorative cross at St Helen’s Church, thereby forming the “Fraternity of the Holy Cross.” Its main concerns included attending to the needs of the townsfolk which gradually strengthened the trade relations within and around the city.

Marking the entry of the town, are the two bridges built over the Thames and the Ock, are also listed among the ancient monuments of Britain. The bridge over the Thames alone is more than 550 years old. Even at present, the gardens adorning the riverbanks are a major tourist attraction. The city continued to be a vital link between London, Bristol, the Black Country and Birmingham in 1810 with the arrival of the Wilts and Berks canal. Unfortunately, it was abandoned when the sides of the canal collapsed in 1906, and railways presented much faster transport facilities.

In recent decades the town attracted car enthusiasts from all around the world, being the home of MG cars; a two-seater sporty car, which was assembled in the city for 50 years until 1980. Although the factory has closed down the MG clubhouse donated by Cecil Kimber functions even at present, showcasing many MG-branded items. MG car rallies are also frequently hosted in the town centre.

Established within the city since 1946, are many scientific institutes such as the “Joint European Torus” project at Culham and the Harwell International Business Centre. At present, local trades, including brewing and printing industries continue to function along with more modern high-tech industries.

Amongst its cultural attractions is the Elizabethan-style Unicorn Theatre, created by local volunteers, during the coronation of Elizabeth II in 1953. The theatre is still active and stages productions ranging from professional to amateur plays. Abingdon also boasts a wealth of varied traditions such as the “Bun-Throwing Ceremony” or the “Midsummer Election” where a mock mayor is elected, and the Ock Street livens up with music and “Morris Dancing”. A tourist may occasionally chance upon a townsman dressed in 18th-century clothing, ringing a hand bell while reading out a list of announcements. Known as a fellow of the Guild of Town Criers the news reading would conclude with the words: “God Save Abingdon.”