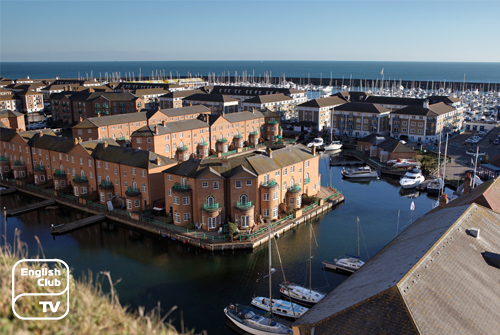 East Sussex in England comprises the biggest part of the beautiful Brighton city – Brighton and Hove. It is the main part of the Greater Brighton City region. One can reach this coastal resort within an hour from London by train. The beach city boasts many buildings belonging to the era of the Regency and a large covered area house many shops and amusement locations on the area’s shingle beach. The central waterfront part of the area is known as Brighton Pier which was opened in 1899.

Brighton Pier is an area with lot of food stalls. Many tourists visit Brighton to enjoy its nightlife, and engage in shopping and attend festivals. It is also known for its artistic scenes. Old regency architecture in the area show traces of the Bronze Roman Age and the Anglo-Saxon period. During the Middle Ages, the old town prospered but at the beginning of the modern era, many foreign invasions, and natural disasters hit the town which resulted in a decline in population.

However, during the last century, Brighton became a centre that provides boat rides to France. It also connects to London via more developed routes. As a result, tourists in large numbers visit Brighton to sea bathe which they believe can cure many illnesses. At present it has become a health resort where thousands of visitors seek natural treatment for ill health.

One may see a large number of hippies in Brighton. But many tourists still consider that Brighton is the most enjoyable destination to visit. The city is also famous for its gay population to the extent that some say it is the gay capital of the United Kingdom. The population of Brighton consists of people from diverse cultural and ethnic groups. This element too provides ample reasons for tourists to visit the place.

Apart from tourism, Brighton boasts a few large companies where citizens in the area get employment by the thousands. Since the 18th century, Brighton has been a centre for jobs and commerce. At present, Brighton has become a hub for a large number of commercial ventures from IT, Media to modern industries. The Brighton Railway works was highly instrumental in developing the locomotive industry in the UK during the 18th century.

American Express is the largest private company in Brighton. The 2008 Statistics shows that about 3,500 employees were working at its headquarters ‘Amex House’ situated at Carlton Hill. Bush and Coach Company, Inkfish (Call centre operator), Lloyds Bank and Asda are some of the other major private companies in Brighton. The area also has a famous conference hall called the Brighton Centre which was established in 1977. The conference centre is a major deriver of funds to the city since it annually facilitates a large number of conferences and functions.

Another important location in Brighton is the Hollingbury Industrial Estate. It provided employment for a large number of local people in the industrial sector in the past. But during the recession, the strength of the industrial estate as a main job provider reduced. A few of the important places in Brighton are the Brighton Marine Palace and Pier, the Royal Pavilion, the West Pier, Volk’s Electric Railway, Brighton Clock Tower, and the Grand Hotel.