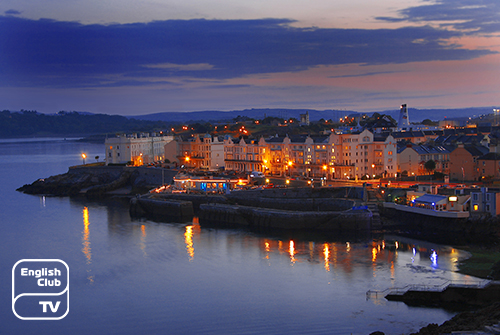 In the South coastal region of Devon, around 190 miles away from London, is Plymouth city. With rivers ‘Tamar’ and ‘Plym’ flowing on either side of the city boundary, the passing traveller can enjoy either an evening fair on the beach or a cosy supper in the countryside.

Plymouth boasts a rich history, dating so far back as the ‘Bronze Age’, and bore the name of ‘Sutton’ during the Roman occupation of English lands. In the 17th century, colonists departing from the city founded the ‘Plymouth Colony’, known today as the United States of America. Plymouth city played a significant role in the ‘English Civil War’, under the authority of the ‘Parliamentarians’. The ‘Industrial Revolution’ sparked rapid development in the city as a renowned commercial shipping harbour. Plymouth combined with the neighbouring towns in 1928 to form ‘Plymouth City’. The ‘Plymouth Blitz’ during World War II destroyed half the city as its naval significance made it a target. Plymouth city rebuilt to its present day glory from 1967 onwards.

The Largest Aquarium in the UK, Plymouth Marine Aquarium is a conservatory foundation displaying local and exotic marine life to thousands of visitors annually.

A diverse range of activities is available to those adventurous souls, from caving, coasteering and rock climbing. Other sports include kayaking, sailing and windsurfing in the surrounding seas.

A creation of John Smeaton in 1759, the Smeaton’s Tower is a world famous lighthouse offering an uninterrupted view of Plymouth’s coastal splendour.

Black Friars Distillery produces ‘Plymouth Gin’ since the 18th century and is the oldest working distillery in the UK. Tours offering a firsthand view of Plymouth Gin production are also available.

‘Sir John Rennie’, a famous Victorian architect designed the ‘Royal William Yard’. Also set here are the largest Grade 1 listed collection of military buildings found in Europe. With its ferry service and private harbour, the William Yard is accessible by sea as well as land. With its outdoor theatres, various fine dining restaurants and evening fairs, a day at Royal William Yard is one of the best family outings in Plymouth.

Top 4 Places To Grab A Bite

Introducing dishes by Chef ‘Hugh Fearnley-Whittingstall’, a world renowned TV celebrity, this award winning restaurant is a must-visit for those who enjoy local specials and seasonal food.

For those with a taste for seafood, this restaurant’s dishes would be sensational, with its fish caught fresh on the boat and seasoned with local spices and vegetables.

The Barbican Kitchen located at the Plymouth City Distillery, this restaurant founded by TV Celebrity Chefs James and Chris. Dishes range from tender meat served with wines to local vegetables in cream or an assortment of finely cooked fish.

This cafe presents a variety of chocolate based delicacies of unique flavour and technique.