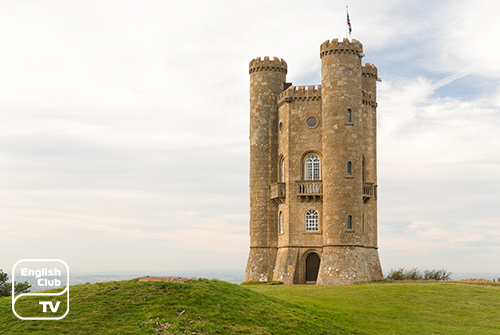 Cotswolds lies in South Central England. When you visit Cotswolds, you will see the area that boasts of the Cotswold Hills rises from the high Thames meadows, forming an escarpment. This part is known as the Cotswold Edge where the Severn Valley and Evesham Vale lie. The area is rich in Jurassic limestone. Also, a rare type of grass grows in this area. The landscape mainly showcases rural features with hamlets, ancient habitats and impressive residences and compounds.

The Cotswold contains over 40×90 miles of a landmass. Stratford-upon-Avon and the South of Bath border the Cotswolds. Gloucestershire, Oxfordshire, Wiltshire, Somerset, Warwickshire, and Worcestershire surround the Cotswold. The Cleeve Hill towards the north of Cheltenham is the highest elevation of the Cotswold. The area boasts burial chambers of Neolithic settlers and the ruins of Iron and Bronze Age forts. The Romans later built villas in the area. Cotswold Lion, a type of sheep, brought prosperity to Cotswold in the Middle Ages.

The following years, many wealthy people migrated to Cotswold and some owned other houses in the area to spend their holidays. In 1966, the Cotswolds was declared an Area of Outstanding Natural Beauty (AONB). With that, the area expanded to 1990 sq. km. In 2000, Cotswolds became recognised as an area similar to that of national parks. In 2004, the Cotswolds Conservation Board was established to conserve and enhance the AONB areas of the region. The Natural England funds the board and another 17 local entities that help preserve the AONB.

The area boasts of rare types of flora, fauna and wildlife. The Wildlife and Countryside Act of 1981 was brought in to protect the limestone grassland of the area and its rare species of butterflies such as the Duke of Burgundy. The Cotswolds has three nature reserves at national distinct levels over eighty specific scientific sites and five European Special Conservation Areas thus providing ample reasons for the authorities to protect and preserve the Cotswolds for future generations.

In 1968, the Cotswold Voluntary Wardens Services was formed to help protect the vicinity, and it now boasts of over 300 branches. The Cotswold Way runs for 100 miles or more covering the entire AONB, and it provides panoramic views of the Seven Valley and Evesham. The Winchcombe Sudeley Castle Garden built in the 12th century lies in the Cotswolds. Its current construction was built in the fifteenth century. The Beaverton Castle is in the Beaverton village. The castle was said to have been constructed by Maurice de Gaunt in 1229. One can access the Calcot Manor travelling on route A4135 which is about four miles from Tetbury towards its Westside.

The market house of Tetbury built in 1655 takes an important place in the area. The place is mainly famous for quality yarn and wool. The Chavenage House and Roman Villa Chedworth are also rousing interests for tourists as they consist of ancient mosaics and structures. The Malmesbury Abbey built in the seventh century provides a fantastic view towards the history of England. The Quarwood offers gothic architectural styles and comprises of a parkland, paddocks, garages, and fish ponds among others. Close to Woodchester Nympsfield lies the ancient mansion called Woodchester Mansion built in Gothic style.