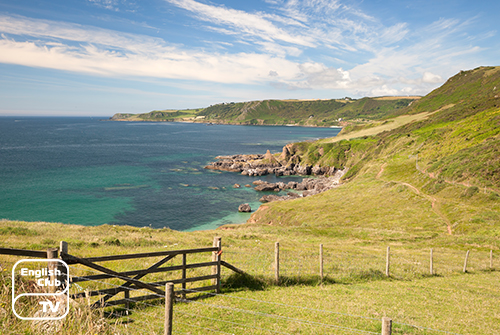 Devon or Devonshire is an England county. The Bristol Channel from the North and the English Channel in the south provide access to the country ideal for holidays in Devon. Cornwall from the west, Somerset from the northeast, Dorset from the East, border Devon. East Devon, North Devon, Mid Devon, South Hams, Torridge, Teignbridge, and West Devon make up the districts of Devon. Devon has 6,707 square miles of land mass and a population of 1.1 million.

Most of the coastal areas of the north comprise of cliffs and sandy areas. Devon has hundreds of resorts, bays, ports and fishing hamlets. Mostly rural, the inner part of Devon has a low population. Dartmoor of Devon is considered the largest open space in Southern England. The soil in this area is very fertile, with the water of the Exe, Cullum, Teign, Dart and Otter Rivers.

Besides agriculture, Devon depends mostly on the tourism sector. Its mild climate is highly suitable for tourists to enjoy holidays. The national parks such as Dartmoor and Exmoor attract thousands of visitors daily including the resort towns called English Riviera, the North Devon’s UNESCO Biosphere Reserve and the Jurassic Coast. The West Devon Mining Landscape and Cornwall also attract a large number of tourists year round.

Visitors can see many natural wonders in Devon. One of them is the Canonteign Falls. It is situated in a park that sprawls over 25 acres. Tourists can engage in hundreds of fun activities in the park that is suited for all ages. They can also swim in brooks and streams where beautiful swans and ducks are found swimming. They can also engage in adventure hikes through forest lands where they can see the wonders that nature gives out.

Annually, thousands of tourists flock to see the world’s largest honeybee exhibition called ‘Beeworld’ in Devonshire. A to Z facts of honey bee farming are available at this exhibition. Tourists can ask for guided tours throughout the exhibition. One of the many enjoyable places for all family members is the Pennywell Farm. Children can touch friendly animals and take part in their frolics as well. Each child is given four free rides with animals. The farm has bottle fed animal babies, ferrets, and many other fantastic natural sights children will love.

Visitors to Devon can engage in a 7-mile ride on Dartmouth Steam Railway. The train runs through breathtaking panoramas of the Dart Valley indulging in a memorable experience of a lifetime. The Dartmouth River Boats operate daily on the River Dart through the historic town Totnes. The service provides regular boat rides to a breathtakingly beautiful village called Dittisham.

Other fantastic locations in Devon include the Devon Railway Centre, Canonteign Falls, Buckland Abbey, and the Clovelly Village, among others. Devon provides everyone with activity, and a location, that they can grasp lifetime experiences during their vacation with great enthusiasm or in deep meditation. It is full of fun, games, nature spots and paradises on the earth.