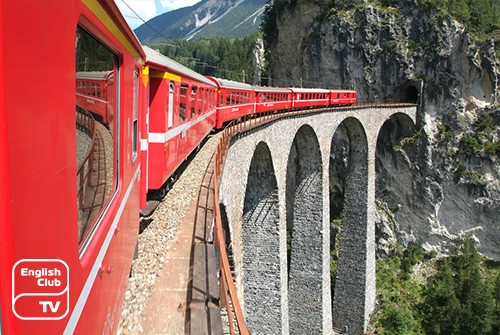 The UK boasts of a network of rail routes that connects not only major destinations in the country but also the most sought after international locations in Europe. Most of the foreign and local tourists opt to travel on the train as they can reach their destination very fast and in comfort. The rail route is also cost effective and provides a series of limitless beautiful sceneries along the way.

Starting from Cornwall, the UK Cross Country Rail Route runs through Bristol, to Birmingham and reaches Sheffield. From there it runs through Leeds to the North East of Scotland. The route provides the journey to Aberdeen from Penzance, which is one of the longest rail journeys in the UK.
The high-speed cross-country route from Bristol to Birmingham sets the speed limit at 125 mph. In some regions, the speed is limited to 100 mph because of a high amount of curves along the track to Leeds from Wakefield.

This route runs a distance of 393 miles. A rail journey along this path runs past Edinburgh via and Peterborough. Then the railroad runs past Doncaster, Wakefield, and Leeds and then to York Darlington and Newcastle. The Virgin Trains East Coast maintains the rail operation on this route employing mainly diesel engines. The railroad runs to Scotland thereby becoming one of the principal rail routes for keeping its economy healthy.

The GEML covers 115 miles. It connects Liverpool Street Station from Central London to East London and the Eastern side of England. The route runs past Shenfield and Chelmsford, Colchester, Ipswich, Stowmarket and Norwich. Moreover, this route connects many other coastal resorts as well such as Southend on Sea, Walton on the Naze and Clacton on Sea.

Being the main railway routes in the UK, the Great Western Main Line runs from Paddington Station, London to England’s West side and South Wales. It also covers the way to the Temple Meads Railway Station, in Bristol. The South Wales Main Route also has its passage along the Swindon to Swansea from the South Wales Main Line. Most regions of the route provide no electrified journeys, but the course provides electric rail lines to Heathrow Airport from Paddington.

It was originally known as the Channel Tunnel Rail Link and is also known as the Union Railway and Continental Main Line. The routes cover a distance of 109k from London to the end of the UK Channel Tunnel.
The course facilitates passengers from the UK to Europe and vice versa. Freight from Kent, East London and gauge of Berne also take this route. The rail track crosses over the River Medway and then runs through River Thames under the sea and ends at the railway station of St Pancras. The rail route built at a cost of £5.8 billion opened to the public on November 14, 2007.
Euro Star provides the international passenger services and employs 27 class 373/1 multi-system engines which can run at 300km per hour. It is one of the most scenic of rail routes in the United Kingdom that connects many cities and countries with the United Kingdom.