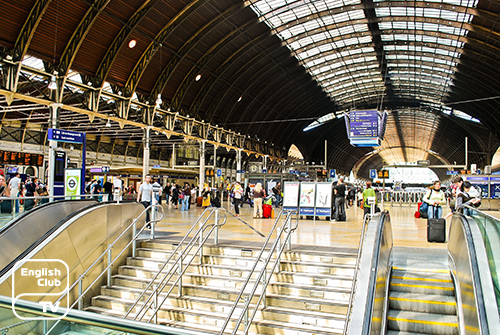 Services at the Paddington train station

Paddington train station – The past

The station originally opened to the public in 1838. In that year, the GWR first ran from London city to Taplow via Paddington. In the beginning, the station was at Bishop’s Bridge which later turned into a goods storage for the newly built central station. Brunel, whose statue stands on the main terminus today, designed the central station which lies between Bishop’s Bridge Road and Praed Street. But it is said that his subordinate Matthew Digby Wyatt did half of the designing. The new station opened on May 29, 1854.

In 1851, the construction of the Great Western Hotel in front of the station commenced. Architect Philip Charles Hardwick designed the hotel. The Paddington was extended in 1906 and finished in 1915, and later 109 feet was added to it. In 1922, a memorial was built to commemorate the GWR employees who died in World War I, declared opened by Viscount Churchill.   Charles Sargeant Jagger designed the memorial which depicts a soldier holding a letter.

Many accidents were reported at the Paddington Railway Station as well. On February 19, 1840, a mail train near Paddington was said to have derailed. On November 15, 1840, a train collided with the rear end of another injuring six passengers. On July 21, 1874, a train collided with a buffer stop injuring several passengers and on August 9, 1920, two people were injured when a passenger train crashed into the buffers. On September 12, 1921, a passenger train ran on to a platform and crashed into three luggage vehicles. No one was injured. On November 23, 1983, a class 50 locomotive called 50 041 Bulwark travelling and hauling a sleeper train derailed at Paddington injuring three. On May 25, 2014, multiple unit trains derailed as it entered the station due to technical faults. On June 16, 2016, a Class 165 diesel with multiple units derailed at the station.

Today the Paddington station boasts 13 platforms. The platforms 15 and 16 take the London Undergrounds, Circle and Hammersmith & City underground services. The platforms 6 and seven houses trains of the Heathrow Express, and local services starts from the platforms numbered 13 and 14. The rear part of the station behind the Great Western Hotel is called the Lawn. It comprises a part of the first concourse of the station. The Lawn has a range of shops and cafes.