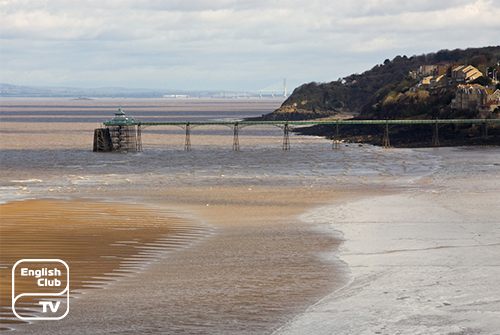 The Bristol Channel falls into the North Atlantic Ocean by running between South Wales and separating it from Devon and Somerset. It covers over 300 miles of coastal areas before hiding in the ocean. The Channel got its name by taking into account the nearby city of ‘Bristol’. The area of Bristol Channel recognised as a heritage site, includes coastal sectors such as Lundy Island, Point Peninsula, South Pembrokeshire, Caldey Island, Gower Peninsula, Hartland, Exmoor, and Bideford Bay. In the past, up until the Tudor era, Bristol Channel was called the ‘Seven Seas’.

The wader is one characteristic specimen of the abundant wildlife seen in the area. The tidal waves of the British Channel are known to be the highest in the region which rises over 43 feet inundating nearby areas and turning the land to mud. Among the largest islands of the area, are Lundy, Flat Holm, and Steep Holm, but there are no people on these islands apart from wildflowers that enchant the rare wild landscapes. The Channel offers breathtaking sceneries for nature lovers. North Devon, Bideford Bay, Exmoor, and Glamorgan coast are just some of the most beautiful areas of the region.

The Hangman cliffs lie in Britan. They are the highest cliffs on the mainland. The surrounding beaches and its pristine waters are where a large number of locals and tourists visit to go surfing. In 2004, and in 2007, The Times, a travel magazine, recognised these beaches as the twelve best beaches in its list of World’s most sought after beaches.

Transport to the Bristol Channel

One cannot reach the British Island directly by a train or by bus. However, from Seven estuary, one can travel by train or bus. Therefore, going to the British Island is mainly by air or sea. Tourists should be careful since the area surrounding British Channel can be hazardous because of the high tides. However, many boats and hovercraft are in operation to rescue people in the mud area of the Channel.

Deadly floods in the Bristol Channel

In 1607, a massive flood hit thousands of people in the area killing many and destroying their houses. Whole villages became submerged by the flood. It completely devastated Cardiff, Chepstow and the Welsh side of the channel. To date, is has not been revealed what caused the flood. However, some research carried out in 2002 suggest that a tsunami may have caused the flood.

Recreational and Fun activities in the Bristol Channel

Thousands visit the British Channel to engage in walking, surfing, swimming, and observing wildlife, among others. Highly popular trails in the area include the Pembrokeshire Coast Path and South West Coast Path. In 2012, yet another popular trail for walkers was open called the Wales Coast Path. Many visit the Channel also to go swimming. Records show Kathleen Thomas (21) as the first to swim across the Channel. She achieved this historic feat in September 1927 clocking a timeframe of seven hours and 20 minutes. A schoolgirl of 16 years, Edith Parnell, also swam across the Channel in 1929. She took 10 hours and 15 minutes to complete.

Bristol Channel and its surrounding areas provide great tourist attractions. The area is extraordinary and very famous for its rare wildlife, wild plant species, swimming records, and the historic floods that devastated the entire area and breathtaking beaches.