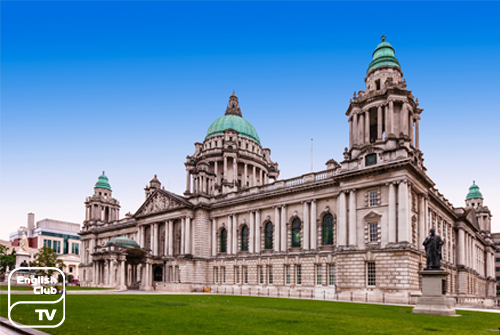 The Ulster City is a province in North Ireland. Ulster means ‘land’ in Irish. The word may have derived from Ulaidh and S of Norse genitive. People in the UK tend to use Ulster when they refer to Northern Ireland. About two million individuals live in Ulster spreading over 21,552 sq. Kilometres of land. Donegal, Cavan, and Monaghan which are counties of Ulster Province form a part of Northern Ireland.

One of the breathtaking locations in Ulster Province is Slieve League. It is Europe’s highest sea cliffs.  Its highest point looks at the sea that is over 2,000 feet below. Visitors must take extra care when they visit the cliff. The access to the cliff is tough, and the road is very rough. Slieve League is one of the single locations in Ulster with the rapidly growing tourism industry.

What visitors must see in Ulster is the Giant’s Causeway in Antrim. A UNESCO declared world heritage site, Giant’s Causeway is one of the great marvels of Mother Nature. One may wonder at the columns that emerge from this location whether they are man-made creations, but those are entirely natural, that nature has produced about 55,000,000 years back.

Thousands of tourists who look for an excellent marketing experience in the City of Ulster will not miss a visit to Derry City or Londonderry. The Derry City Walls exhibit the great constructions of the 17 century. However, Derry City is not that much of a beautiful place, but it provides quite some important museums from the tourists’ point of view. Ulster Folk and Transport Museum is another important place worthy of a visit. Here one can witness a recreation of Ulster life in the Village of Cultra. The transport wing of the Museum exhibits early steam locomotives.

The Ulster American Folk Park provides many special daily events. Tourists to this enormous park can relive the emigration to America from cottages to the modern urban street by a vessel. Another prominent feature in Ulster is Strangford Lough. It is a coastal inlet. There are hundreds of Islands, and one that visitors can see is the Nedrum Monastery with its circular tower. The Mount Stewart Garden and Gardens are other locations worthy of a visit.

Florececourt is a grand house that was burnt in 1950 and rebuilt by National Trust in 1950. The extensive grounds of the place are indeed a breathtaking sight. The garden of Florescecourt has a saw-mill and a forge. Another attraction in Ulster is Carrickfergus Castle. Carrickfergus that is on the North Shore of Belfast Lough is where William of Orange landed in 1690. The fortress belonging to the medieval era has yet not changed from its original form.