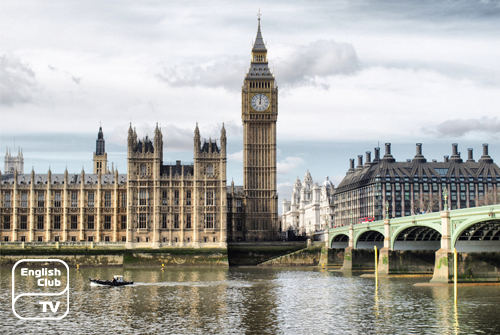 England enjoys a cooler climate year round unlike other regions of the United Kingdom. The country also receives bright sunlight than other parts. The sunniest time in England is July. However, during a few days of every month, England receives rain, but it is a minimum. The month of May is the driest month in England with a variation of temperature witnessed in South West England. Gales are common in Scotland, but not in the rest of the country. However, the Climate in England experiences high winds and hurricanes, but storms rarely hit the country.

Between March and May, is the season of spring in England. It brings in somewhat dry weather. However, the temperature can be relatively high as the Sun is at its peak and days are longer.  The temperature again gets chilly after midnight. As spring gets nearer to its end, the country experiences heavy rains. Snow falls more often at the beginning of the season. March sees much snow in the recent past of spring. Rarely, does snow showers fall during mid-April. In some of the States, snow showers are high as mid-May arrives. The coolest areas in the season are Scotland and the mountainous side of Wales. The warmest temperature in spring is in the southern half of England. The temperature in this area is between 8.8 and 7.8 °C

Summer in England is between June and August. The summer season is the warmest climate the country gets, and it is the sunniest as well. Rainfall can be varied because of frequent thunderstorms during this time. It mostly hits the central, southern and eastern parts of England. North and West of England do not receive that much of thunderstorms during the summer. Towards the end of the season, the Atlantic depression is increased, and their frequency is more evident as summer ends. The atmosphere may get hotter, 35 °C in Central England, but it never increases over 35 °C. London and South East regions may get this level of temperature quite often. Visitors may experience the coolest summer in Northern England while south-east England also bears the same temperatures. In the recent past, the summer season in England in August witnessed flooding unlike in the past.

Autumn season prevails from September to the end of November. The climate during this season is highly unpredictable. During this period, the climatic disturbances are more evident in the country regions of England. The frequency of rainfall may increase. Due to the Atlantic depressions during this period, strong winds accompanied by hurricanes reaching a level of 119KM/h may be experienced in the country. Severe climatic conditions may be evident in the areas closer to the Atlantic and quite often, storms may hit the country towards the end of the season. The Great Storm recorded in 1987 and St. Jude’s storm in 2013 recorded significant climatic depressions that England experienced in autumn.

England faces winter in December, running throughout February of the following year. Winter brings in freezing weather during some years. The atmosphere turns to be windy and wet. Night time temperatures become even cooler and sets at 10 C or even below that level. Never does it goes over 15 C during the winter season. Snowfalls are highly possible. Snow may fill the streets and gardens during the whole of the winter season. As the winter passes, the climate may get settled with less wind and wetness.