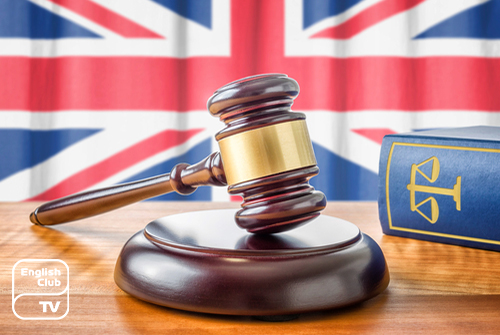 Northern Ireland, Scotland, Wales, and England enjoy their separate legal systems. Differences of the English Law lie in practice as well as in the laws themselves between these different countries. But most of the features of the law apply to the United Kingdom, which is the unitary state of all these countries. Normally, the Legal system in England has two categories, and they are civil and criminal law. The Civil law describes rules regarding the way punishments come concerning common errors while criminal law describes punishments for criminal activities.

The top position of England, as well as Wales Judiciary systems, is Lord Chancellor. He controls the legal procedure of courts via Court Service. He also holds the power to administer higher courts and a range of tribunals in Wales and England. Lord Chancellor recommends the Crown the appointments of judiciary. But he does not have the authority to approve the appointment of the highest position in the judiciary but the Prime Minister does it. He also appoints magistrates. Practising lawyers select the judges without any ministerial direction.

Legal System in London includes Criminal Courts and Civil Courts. Justices of Peace in Wales and England also hear the least severe cases. A high number of stipendiary magistrates also work full time to cut the heavy burden of the legal system because of a vast number of cases they have to hear on a daily basis. The Crown Court hears the most severe cases presided by judges with a jury comprised of citizens.

High court judges preside over the Crown Court in about 90 courts. Circuit Judges and Recorders, serving on a part-time basis also help with the crown court hearings. The accused is permitted to appeal to the High Court or Crown Court. The Criminal Division of the Court of Appeal hears the appeals from the Crown Court. The House of Lords is the final approach to appeals.

The Home Secretary holds the responsibility of criminal justice procedures in both England and Wales. He also advises the Queen on pardoning prisoners and also on granting little or less severe punishments. He also can reverse a case to the Court of Appeal if he receives concrete evidence to do so.

While England and Wales follow an identical legal system, Scotland has different features in most of the legal clauses. There, the District Courts, High Courts and Sheriff Courts hear the criminal cases. The Court of Session and Sheriff Courts fall into the category of the main civil courts. The Secretary of State for Scotland recommends judges to the legal system but not to the highest positions. The State Secretary also appoints the staff members for the High Court and the Court of Session. He also decides on the composition of the sheriff courts and the method of organisation in them. Local authorities appoint the staff for the District courts.