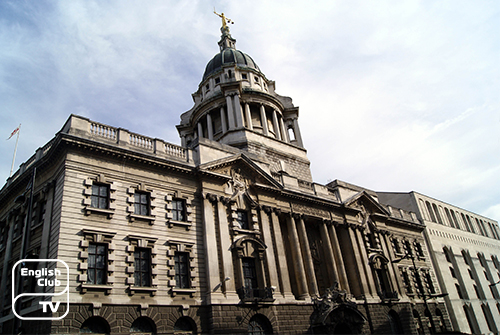 The Old Bailey or Central Criminal Court of England and Wales plays a major role in the Crown Court in England. Some parts of the Court lie in the compound of the old Newgate Gaol, by the Old Bailey Road. The road runs to the Newgate Junction from the Ludgate Hill and the Holborn Viaduct. This Court only handles cases related to major crimes that take place within the Greater London region. However, the court hears cases happening in England and Wales as well for particular reasons. The public is permitted to be present when the court hears the cases.

The history of the court goes back to the year 1585. Called the “Sessions House” is the location where the London City and Middlesex Mayors and their Sheriffs carried out their duties. This place was near the Newgate Goal. Later Richard Whittington greatly helped to develop the goal and its surrounding, which also contributed to originate the present criminal court. However, a fire erupted in 1666 and destroyed the building, but rebuilt in 1674.

In 1750, an outbreak of typhus hit the area killing over 60 people. The disease preyed on the Lord Mayor and another two judges as well. However, in 1774 saw the completion of the fortified new courtroom. In 1824, the new courtroom also built had on records of the court having heard over 100,000 criminal cases during the period between 1674 and 1834. The location’s name changed to “Central Criminal Court” the same year. After that, the jurisdiction of the court expanded to that of England for major criminal and particular cases.

The Administration of the Central Criminal Court

Her Majesty’s Courts and Tribunals Services oversees the handling of the Courthouse, and the City of London Corporation manages the court’s physical assets such as buildings and maintains its staff. The Central Criminal Court Act brought in 1856, enabled the court to hear criminal cases that occurred in other regions in England in addition to that of the City of London and Middlesex. The public fear that the notorious murderer William Palmer of Staffordshire would not receive a judgment with enough punishment for his wrongdoings if the case were heard in a local court led the authorities to pass the Act and expanded the jurisdiction of the Bailey.

The Design and opening of the Central Criminal Court

W. Mountford designed the present Bailey building and officially declared open on February 27, 1907. The old Newgate Goal had to be demolished to build the new facility. King Edward II had declared open the new courthouse according to an inscription appearing on the gate of the new building.

The court came to exist from the need that the judicial system of the City of London must have its pinnacle in the city itself. Still the court holds its original judicial and social status intact. The main positions of the court houses, i.e. the Recorder and the Common Sergeant are taken as city officers. The Recorder holds a membership of the Common Council as well. He also holds a seat in the Court of Aldermen. The Lord Mayor and Sheriffs, though they are members in the court houses, now enjoy nominal status.