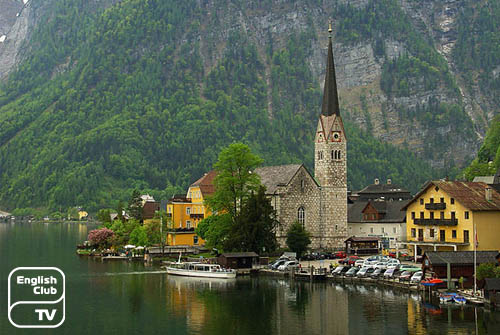 Cymru or Wales forms a separate part of the land of Celtic Britain. The meaning of the word Wales is “outsiders or foreigners”. However, Cymru is opposite to this meaning, and it means ‘companions or friends’. There are historical links between the two countries, as in French Wales is known as Pays de Galle, which reflects its Celtic roots.

The population of Wales was 3,074,067 people in 2012, and the country extent is 20,764 square km of land. The majority of the population live in South East Wales. The Wales coastal lands are sprawling for about 1,300 km. The west side consists of cliffs, and the south is made up of flat sandy beaches. The highest mountain is Snowdon with 1,085 metres height.

The people of Wales are known to have existed for about 28,000 years. But the English and the Celts most prominently influenced the region. The Celts entered the Wales area about 600 BC. Their language and culture embraced the aboriginal people in the country and resulted in the origin of one of the six Celtic linguistic forms still existing today.

The Welsh people have almost always been under the control of England, even though Wales was capable of enjoying some kind of independence in the 13th and 15th centuries. At present, the British parliament makes most decisions for the country. The small victory to be mentioned is the achievement of limited devolved government. In May 1999, the National Assembly for Wales held its first elections via a proportional representation system. The members of the Welsh Assembly Government gather in Cardiff and administer the budget for the Welsh. These 60 members also adopt regulations and statutory guidelines and implement the laws as well.

The country became bilingual by the official language act of 1967 with the use of English and Welsh (Cymraeg) languages. Today, they enjoy the equal linguistic status in the country. Wales has TV services in both languages. The Welsh language TV is Sianel Pedwar Cymru (S4C0), and BBC Wales operates in English. The radio broadcasting is in both languages too, and they are Radio Cymru and Radio Wales.

Wales has six big cities, and they are Cardiff, which is the capital of the country, Swansea, Newport, Bangor, St Davis, which is the smallest one and St Asaph. The last was awarded city status at the celebration of the Diamond Jubilee of the Queen on the 14th of March 2012.

St David’s Day on the 1st of March is the national day of Wales. The national day festivities are culturally and patriotically important. Saint David has been the patron saint of Wales since the early Medieval era.

The climate of Wales is variable from coastline to the internal part of the land. Summer days are most enjoyable, with the South West coast of Wales receiving much sunshine every year. The average temperature throughout the country is about 10 Celsius and winter is from October till March. The summer months in Wales are between April and September.