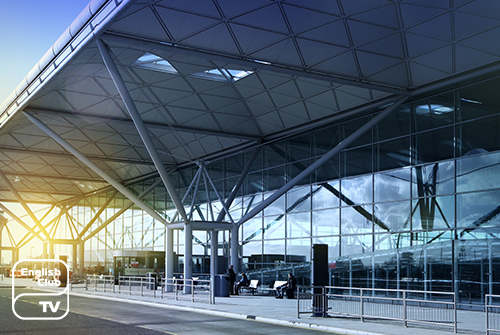 Airport Stansted in London (IATA: STN, ICAO: EGSS), an international airport which is becoming popular in Europe in recent years, is the fourth busiest airport in the United Kingdom. Travellers can reserve tickets to 170 destinations from Airport Stansted, including the Mediterranean, European and African countries. A majority of these tours and flights are offered by low-cost airlines in Europe. The Airport Stansted runway is also open to private companies such as ‘Harrods Aviation’.

The ‘Manchester Airports Group’ owns, maintains and operates the Stansted Airport along with three more within the country. In 2016, Stansted served 24, 217, 100 million passengers to reach their destinations over its single runway.

The airfield for Stansted opened during World War II and was used by the RAF and USAAF as a maintenance station and a bomber airfield. It housed German prisoners of war from 1946-47. In 1949, the control and maintenance of Airport Stansted fell under the Ministry of Civil Aviation, who allowed a few British charter airlines to use the airport.

In 1954, the US military lengthened the runway for use by NATO. The organisation, however, didn’t take control of Airport Stansted. In 1966, BBA took control of the airport. From the 1960s-1980s, the eastern portion of the airfield fell under the use of the Civil Aviation Authority. The Fire Service Training School carried out their training tasks at Stansted during this period.

Stansted opened to the public as a commercial airport at the same time. The BAA, along with the British government, increased airport capacity to accommodate flights to reduce congestion in Gatwick and Heathrow airports. By 1984, the airport could serve a maximum of 25 million passengers annually. It was awarded the ‘European Union Prize for Contemporary Architecture/ Mies van der Rohe Award’ in 1990, following renovations which cost up to £100 million.

In 2012, the Competition Commission demanded the sale of Airport Stansted and Gatwick and subsequently bought by its existing owner, ‘the Manchester Airport Group’.

The departure lounge in the Stansted airport is located on the ground floor. Passengers who check-in should pass through security and then enter the departure lounge. There are 89 check-in places available. Various shops, restaurants and bars can be found here to keep passengers occupied until they proceed to the aeroplane. The Airport Stansted offers separate services to the differently-abled.

Transport from Stansted to London is carried out by train, coach or taxi. A traveller can purchase a ‘Visitor Oyster Card’ at the station for travel by train. There is a broad range of hotels available in the vicinity to accommodate visitors.

Airport Stansted offers flights for both cargo and passengers. Passenger flights can be domestic or international. The top five international destinations in Stansted are to Dublin, Milan, Rome, Barcelona and Madrid. The top 3 domestic flights are to Edinburgh, Glasgow and Belfast. Spain is the most popular destination among passengers from Stansted. Ryanair, Jet2.com and Thomson Airways have the most number of flights directed from or to the Airport Stansted.