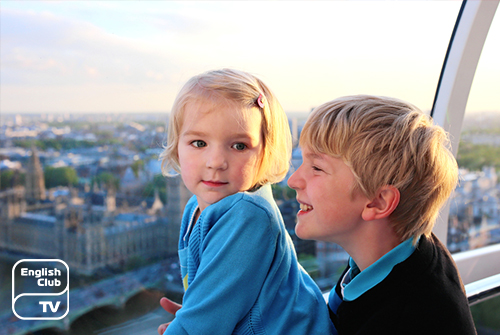 Thousands of families with their kids visit London for a pleasurable vacation throughout the year. In fact, the City of London is popular with parents when they want to take their children on a holiday that is both entertaining and provides invaluable knowledge of a variety of fields. On the other hand, touring around London for kids will not cost that much on a family vacation either.

The bus and tube fares in London for kids are free in August. Adults get free tickets for their children to watch films at the famous West Ends Kids’ Week Film Festivals. In the summer, parks and playgrounds are full of children. During the Christmas season, and even in the Months of February, May, and October, parents travel to London with their kids even though the seasonal rush of shoppers are very much evident in most of the locations in London.

The Tower of London is undoubted, the most attractive location in the city of London. Parents can walk from either Fenchurch Street or London Bridge stations to the Tower of London within 15 minutes. They can also join a sightseeing bus tour throughout the day, organized by tour agents. Historically, the tower was a castle but later converted to a prison where many executions were said to have had taken place.

Generally, from Tuesdays to Saturdays the Tower of London remains open to visitors from 9 a.m. to 6.30 p.m. On Sunday and Monday, it opens from 10 a.m. to 6.30 p.m. But in the summer season, it is open till seven p.m. Parents can also get the service of guides for free as well. They conduct tours every half-hour. Visitors will be given leaflets and booklets at the gate notifying the day’s prominent events. The cost for an adult is £20 while it is £10 for a child. Entrance is free for children under age four.

Considered the greatest landmark in the city of London, the Tower Bridge opens over 1000 times for a year for public. The famous exhibition here showcases the bridge’s history. An elevator takes visitors to the top path of the bridge. Children can see the original mechanical system powered by steam; that helped the lifting and the lowering of the bridge. From April to September, commencing from 10 a.m. to 8 p.m. and October to March from 9.30 to 7.30 p.m. the Tower Bridge is open to the public. Entrance is free for children under four years of age.

The British Museum is regarded as one of the best museums the world has and is a source of immeasurable knowledge in addition to endless satisfaction for children and adults alike. The historical artifacts in the museum include the Elgin Marbles, Rosetta Stone, and the mummies from Egypt. On weekdays and holidays, families can have backpacks and activity trails via the family centre in the Museum’s Great Court. It is only a five-minute walk from the tube stations, Tottenham Court, Holborn, Russel Square, and Goodge St. to the museum. Entry is free.

Another great London attraction for kids is the London Transport Museum. It houses a range of ancient transport systems such as buses, cars, and trains. The museum boasts of hundreds of video screens, maps, posters, street signs and other illuminated notices that take you back many centuries in history. The museum also boasts a play area for young children. It remains open to visitors from Thursday through Saturday from ten am to six p.m. and from eleven a.m. to six p.m. on Fridays. Admission for children under age 16 is free.

The City of London also offers many other attractions for children and adults and some of those include the National Gallery, which contains over 2300 famous paintings. The National Portrait Gallery holds the history of King Henry VII and others, including David Beckham. The Royal Air Force Museum, Imperial War Museum, Buckingham Palace, National Maritime Museum, Natural History Museum, and the HMS Belfast, which is a floating museum, are other places of interest. The London Eye, London Docklands, and many famous children parks such as Kew Gardens, Hyde Park, Hempstead Heath, St James’s Park, Regents Park, and Battersea Park, to name a few.