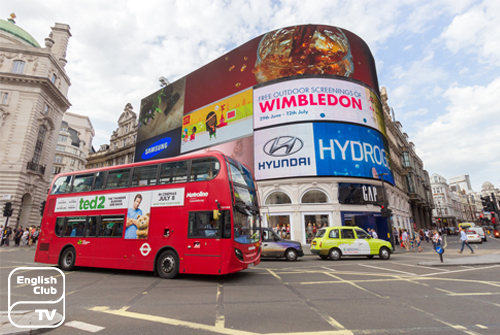 Piccadilly Circus is a junction that connects Regent Street to Piccadilly, built in 1819. Today this has become a favourite spot in the Westminster City at its West end. The Latin meaning of Circus is ‘Circle’. Therefore, one can see a large roundabout at Piccadilly Circus, which has been there for centuries forming a part of the main street.

There are many critical locations along the Piccadilly Circus. Some of them are the Royal Academy, the RAF Club, Japan Embassy, Hatchards, and High Commission of Malta. The famous statue of Eros along with the fountain has been the highlights of Piccadilly Circus for hundreds of years. It was originally at the centre of Piccadilly Circus but shifted to its present location after the World War II.

The imposing statue of Eros has been one of the most protected Piccadilly locations in Central London. Vandals in festival seasons, especially drunkards, have attempted numerous times to blemish its originality. Once, advertisements were being placed to prohibit such people from encroaching on the space and the fountain. However, now the statue and the fountain beneath it are well-protected without obstructing visitors from having a clear view of it.

The fountain, Shaftesbury Memorial Fountain, is said to have built in 1993, in honour of philanthropist Lord Shaftesbury. Earlier, the statue above the fountain was said to be of Christian Angel but later known as of a Greek God Eros. This bronze fountain along with aluminium statue in Central London at Piccadilly Circus was the principal landmark in the area to date.

Piccadilly Circus now is popular among visitors who gather there before taking different routes to visit the city. It is a walking distance to Leicester Square, Soho, Trafalgar Square and Chinatown, which are excellent locations in the Central London, a short distance away from the fountain.

One of the famous places near Piccadilly Circus, Trafalgar Square, is the largest of its kind in London. For centuries, Trafalgar Square has been one of the main meeting places for the public. A tall column, which has been built in honour of Admiral Nelson, lies in the square. Originally, the square was called Charing but later known as Charing Cross. The underground tube train station near the square is named Charing Cross even now for this reason.

Four statues stand on plinths at the four corners of the Square. George IV, Charles Napier, George Gamon Adams, and Henry Havelock have taken their places on these four plinths. In memory of two generals of the royal navy, David Beatty, and John Jellico, two fountains were built in the square in 1939. On the north side of the square is the National Gallery. The church, St. Martin-in-the-fields, is in the North East corner of the square.

Burlington House at Piccadilly Circus is the location for yet another prestigious institution in Central London, the Royal Academy of Art. Artists in numerous fields fund the academy with the sole purpose of promoting arts. There are significant art exhibitions and educational conferences on various art topics on a daily basis.